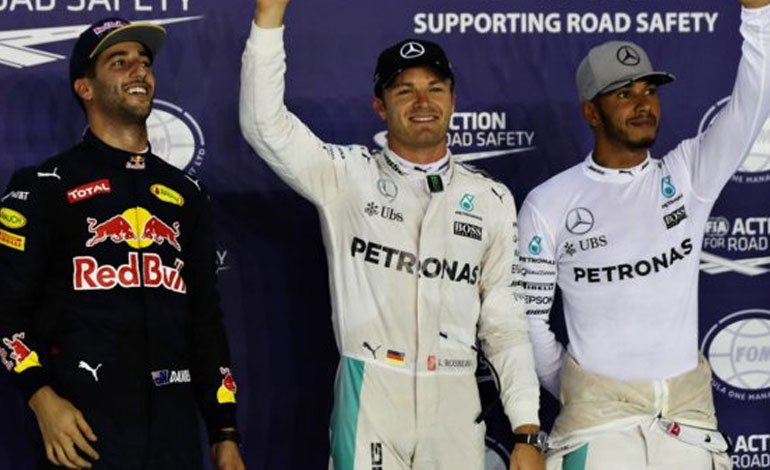 Rosberg is two points behind his teammate and drivers’ championship leader Lewis Hamilton, but took the best possible position for a third consecutive victory with a time of 1 minute, 42.584 seconds, with more than half a second of lead over Red Bull’s Daniel Ricciardo, who will start second.

Ferrari’s Kimi Raikkonen will start in fifth place, but teammate Sebastian Vettel will start last after his car had a stabilizer bar failure in first qualifying.

You can also read:  Ericsson earns $3.1 million for Indy win

The Red Bull cars will start Sunday’s race on the harder tires, allowing them to stay longer on the track before entering the pits. AP