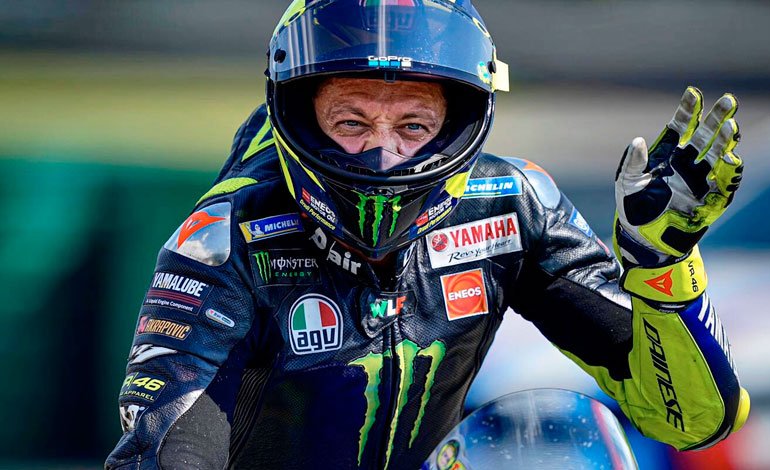 Italian Valentino Rossi, who missed the last two motorcycling grand prizes due to covid-19, tested positive again on Tuesday and is a doubt for the European GP, ​​from Friday to Sunday in Valencia, his Yamaha team announced this Wednesday.

«Anyway, today (Wednesday 4 November), the Italian will pass a test again. If it is negative, you will have enough time to carry out the second PCR test required (to participate in the grand prize) and fly to Valencia ”, says the Japanese brand.

If Rossi fails to present the two negative tests carried out with the 48 hours interval required to occupy his place in the MotoGP paddock, he will be replaced this time, which was not the case until now.

You can also read:  Alonso is the world's best known F1 driver

The 25-year-old American Garrett Gerloff, who represents Yamaha in the World Superbike Championship, was chosen to be his alternate.

«This virus is very complicated and serious. I felt bad for two days, and after a few days I was back in top shape, 100%, “said Rossi. “I was isolated in my house all this time and I have scrupulously followed the advice of the doctors,” he added.

“I’m very sad because I feel good and I want to get back on my M1 and meet my team again,” he said. “I really hope that the next test is negative since these two lost races have already been many.”

You can also read:  Marchionne expects Ferrari's performance to improve

Tony Arbolino, an Italian registered in Moto3, missed a race after being identified as a contact case.

The last three tests of the season are scheduled for November 8 and 15 in Valencia (Spain) and November 22 in Portimao (Portugal).

The races are held respecting a strict sanitary protocol, with regular tests for detection of covid-19, isolation of sick people and cases of contact, as well as separation of the people present in the paddock in bubbles that are as hermetic as possible. of the others, equally distant from the local populations. AFP (HN).

You can also read:  Hit to Ferrari: Hamilton prevails and is new leader