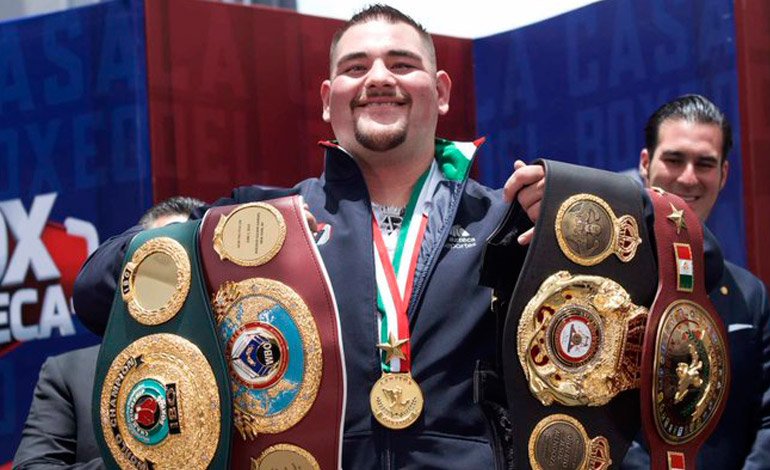 Mexican boxer Andy Ruiz Jr., world heavyweight champion, considered this Wednesday that his sport is faced alone, but in the case of ‘bullying’, a practice he suffered, he said that it is necessary to do teamwork, especially with the help of friends.

“Bullying is bad, they did it to me when I was a child because I was chubby and he put up with me. You don’t have to let those words make you go down. It is possible to go out with the help of new friends, who support you and are behind you, “said Ruiz Jr., who is visiting Mexico City.

Ruiz, the first Mexican to be credited as world heavyweight monarch, highlighted the mental strength that led him not only to the title but also to overcome obstacles such as harassment and discrimination.

You can also read:  Rocky enters the Boxing Hall of Fame

«I struggled a lot to get where I am right now, I suffered a lot. All the children who know that it is possible, look how this chubby got to be world champion and make history, “he said.

He recalled that the boxing It is a one-on-one sport, and although they have the coaches behind them, it is tough.

«I considered that the boxing It is 80% mentality and 20% physical, but if we do not prepare, nothing is achieved “, he pointed out.

The heavyweight champion of the World Association and Organization of Boxing (AMB) and (OMB) and the International Federation of Boxing (FIB) this day visited the Mexican Olympic Sports Center (CDOM), where he trained a decade ago in search of a place to attend the 2008 Beijing Olympic Games.

You can also read:  Chris Arreola will have to undergo surgery

Ruiz Jr., born in Imperial Valley, California and who grew up in Mexicali, Baja California, invited members of the Mexican team of boxing “That they do not let them fight for their dreams and that nothing and no one prevent them” while reiterating his feat of defeating Briton Anthony Joshua on June 1 at Madison Square Garden in New York.

The 29-year-old boxer said he was eternally grateful to him boxingA discipline that helped him overcome his fears of ‘bullying’ and avoid “bad steps in the streets.”

During his visit, Ruiz received recognition from the presidents of the Mexican Olympic Committee and the Mexican Federation of Boxing, Carlos Padilla and Francisco Contreras, and advanced some plans for his rematch against Joshua.

«We are going to try to do it here in Mexico. Many do not know but we are going to fight to have a rematch Joshua, I think it will be a very good fight with all the Mexicans and the fans. Today we are in negotiations to see if we can achieve that, “he said about the combat scheduled for December.

The champion also assured that he is already in talks with the Mexican Mauricio Sulaimán, president of the World Council of the Boxing(WBC), to be able to challenge the heavyweight monarch of this body, the American Deontay Wilder. EFE / Photo by @ Nacion321