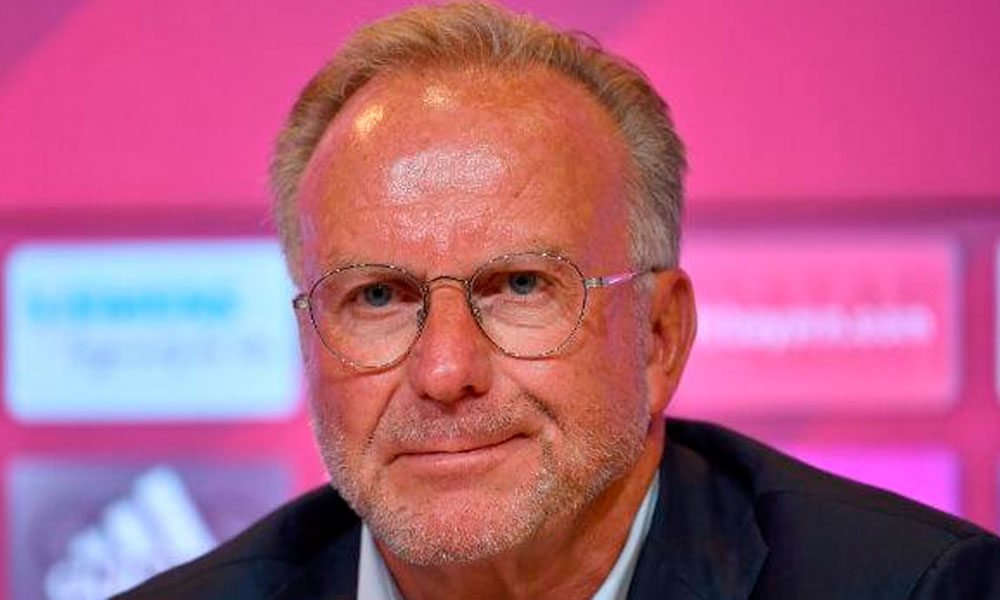 The former chairman of the Bayern Munich Board of Directors Karlheinz Rummenigge defended the entity’s business with Qatar, specifically a sponsorship contract with “Qatar Airways”, which were forged during his tenure in the face of increasingly harsh criticism from fans.

“For money we wash everything,” read a banner at Bayern’s last home game that showed a washing machine in which the current club president, Herbert Hainer, put bloodied clothes and the current president of the board of directors, Oliver Kahn, the It came out clean and sparkling.

A robe that was in the hands of the figure representing Kahn had a sign with the name of the Asian country.

“We have received important money for Bayern for this contract. And that money is necessary to pay players and have quality on the court, “said Rummenigge in statements to the station WRD 2.

Rummenigge added that for Bayern it had also always been important to exert some influence through cooperation on issues such as human rights and labor rights.

“We often travel to Brussels and talk to NGOs to see what we could do. They always told us to continue with our strategy, “explained the former German international.

“It must also be said that among the Arab countries, Qatar is the one where there is the most progress in terms of human rights and labor rights. It is true that there are not the same standards as in Europe, but we in Germany need 100 years to guarantee those standards ”, he assured.

You can also read:  Sevillian classic and Barça visit Vigo while waiting for Xavi

In addition to the banners against business with Qatar, a partner, Michael Ott, announced that he would present a proposal at the November 25 meeting to prevent the contract with Qatar from being renewed.

Ott, a 28-year-old lawyer, said in an interview with Kicker magazine that he is not asking for the contract to be terminated immediately because he is aware that this would be legally difficult and that Bayern must remain a reliable partner. .

The proposed resolution contemplates that the Bayern Munich club ask the FC Bayern share company not to renew the contract with “Qatar Airways” or other contracts with similar companies.

You can also read:  Benzema, Hazard and Carvajal, without problems for the Clásico against Barcelona at Camp Nou

The FC Bayern joint-stock company is a company in which the club has a 75 percent stake while the other 25 percent is shared by Adidas, the insurance company Allianz and the automaker Audi.

Otto considers that even if the resolution is not binding on the board of directors, if it is approved by a clear majority of the partners, it would be difficult to renew the contract with “Qatar Airways” .EFE