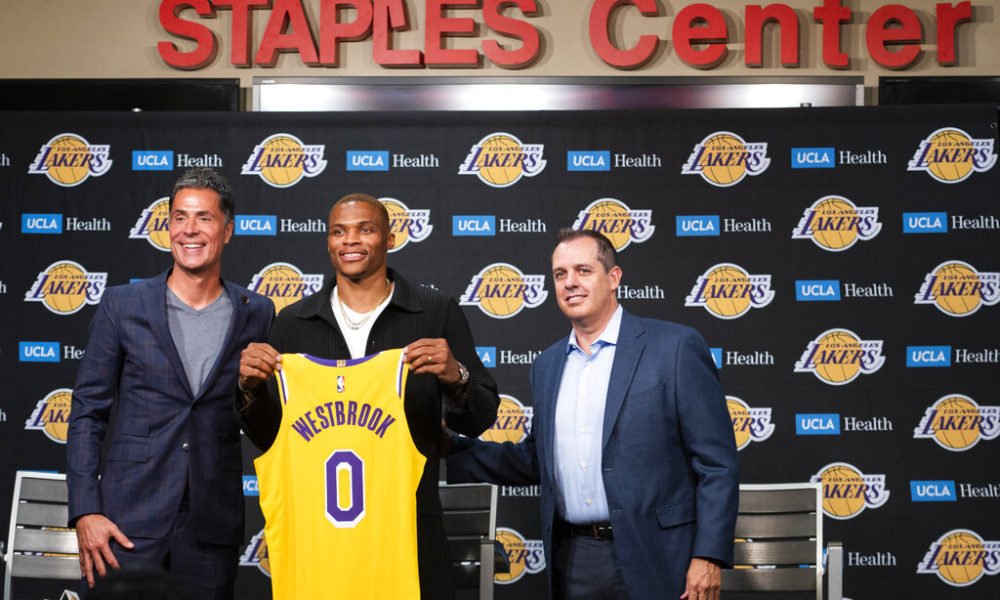 After spending half the last decade with spectacular numbers on teams that had little chance of success, Westbrook will join the Lakers for his 14th NBA season.

Los Angeles general manager Rob Pelinka made a spectacular trade to unite Westbrook with LeBron James and Anthony Davis in a strengthened roster of the Lakers, who will embark on a mission to win a ring.

Last week, when the barter was achieved, Westbrook, 32, didn’t know what to say.

Her broad smile said it all as she held up the number 0 sweater next to her parents and brother.

“Being from Los Angeles, you always have the desire to play for your home team,” Westbrook said. “It’s definitely something I’ve always had in mind. Maybe one day? But he would always come back and say, ‘It probably won’t happen.’ I just had to wait. But now that we are here, I will take advantage of everything ”.

You can also read:  Curry and the Warriors humiliated

The Lakers believe they will be able to take full advantage of James and Westbrook, a combination that could be tricky. Westbrook is one of the most dominant players on the ball of his generation, while James is exceptionally offensive at starting plays and a great point guard, among other skills.

“LeBron is one of the greatest players in history and his ability to do everything on the court will only allow me to find out,” Westbrook said. “He came to a team that is for the champion and my job will be to make the game easier and I will find a way to do it.”

You can also read:  Hield breaks Kings' record for 3s in win over Suns

Coach Frank Vogel echoed Westbrook’s confidence. Vogel recently extended his contract following the confidence Pelinka placed in his ability to find a way to win with an extremely talented, but not so young, lineup. Along with Davis, Los Angeles will have three of the top active scorers James (first), Carmelo Anthony (second) and Wesrtbrook (fifth).

“Anytime you have great players like these, it takes some sacrifice and we’ve all talked about that and we’re on the same page,” Vogel said. “But these guys can do it all.”

In their place are Westbrook, Anthony, Dwight Howard, Wayne Ellington, Trevor Ariza, Kendrick Nunn, Malik Monk, and Kent Bazemore. The challenge of building a championship team from below is huge, but Westbrook feels he’s ready. (AP)