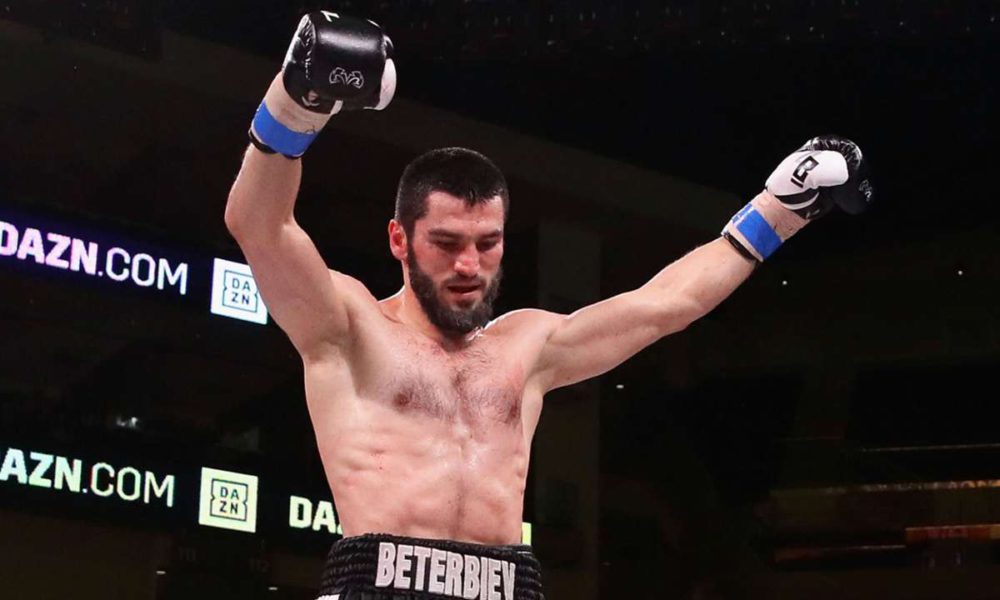 The Russian of Canadian nationality Artur Beterbiev defeated the American Joe Smith Jr. by knockout in the second round to unify the belts of the International Boxing Federation (IBF), the WBC and the WBO in light heavyweight, in a fight held in the Hulu Theater at Madison Square Garden in New York.

Beterbiev (18-0, 18 KOs), who was far superior to his rival, remained undefeated in all his fights, which he has won on the fast track.

«Maybe I need to have a little time now to know what it means to have these three belts. I have always wanted to prove that I am a good boxer and my coach has taught me that. He let (Smith) guard him a little bit open at times and I took advantage of it. Now I am more interested in the unification of titles ».

The first round had the characteristics of a small-weight fight due to the aggressiveness shown by both fighters, but the Russian was able at one point to land his strong right hand for a protective count.

In the second, a crossing of blows allowed Beterbiev to slip in the right hand to send the American back to the canvas for the first of the two counts he gave him in that round.

The Russian had won the IBF crown by defeating Enrico Koelling in 2017. He then seized the WBC belt by knocking out Ukrainian Oleksandr Gvozdyk in 10th in 2019.

You can also read:  Wonder: I'll finish off Cotto

For his part, Smith (28-4, 22 KO) lost his WBO crown that he had won in April 2021 to fellow Russian Maxim Vlasov. Title that he later successfully defended against Steve Geffrard earlier this year.

“With this you have seen the work I have done. We are a fantastic team. He proved to be a great puncher (Nova), but thanks to my coach Ismael Sala we were able to plant a good strategy and we were able to strike the decisive blow”, said Ramírez after his spectacular knockout, with which he took Nova’s undefeated record.

You can also read:  They accused the "Naughty" Arce of sexual abuse

The Cuban put on a good show in the ring but drew much more attention for his forceful punch and showed that he was ready to fight for a featherweight title. (AFP)