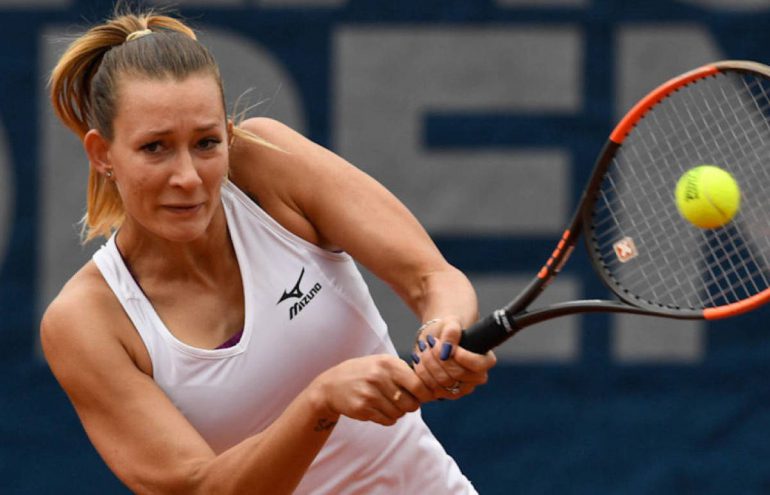 A Russian tennis player was detained in Paris on Thursday in the framework of an investigation for suspicions of gambling in a rigged doubles match of the 2020 edition of Roland Garros, police sources and the French capital’s prosecutor’s office reported on Friday.

Yana Sizikova, 26, the 101st world doubles player, was arrested on Thursday after a match in this edition, as part of the investigation opened on October 1 for “sports corruption” and “organized gang fraud,” the prosecution, confirming an information from the newspaper Le Parisien.

The investigation was revealed in October by the German newspaper Die Welt and the French sports newspaper L’Equipe and focused on the women’s doubles match between the couple formed by Sizikova and the American Madison Brengle against the Romanians Andreea Mitu and Patricia Maria Tig, on September 30, in the first round of the 2020 edition of the Parisian ‘grande’.

Suspicions were particularly focused on the fifth game of the second set, won in a blank by the Romanian duo after two doubtful double faults by Sizikova, 765th in the WTA individual world rankings. Mitu and Tig prevailed in two sets, 7-6 and 6-4.

According to a source close to the dossier interviewed in October, the stakes on this game reached “abnormally high sums of several tens of thousands of euros.”

It’s an old story. Stories of this kind are not uncommon, ”the president of the Russian Tennis Federation, Chamil Tarpichtchev, told the Tass state agency, adding that he could not say anything about Sizikova.

You can also read:  Nadal and Federer break records when playing in South Africa in front of 52,000 spectators

The National Gaming Authority (ANJ), which regulates gambling, horse racing and sports betting in France, had not detected anomalies “in the French market” but had received alerts “from the GLMS (Global Lottery Monitoring System) and the Copenhagen group (which brings together 33 platforms to combat sports manipulation in the world) ”, according to a source from the ANJ.

The French Tennis Federation (FFT), organizer of Roland Garros, confirmed “the arrest of the player. “But no more can be reported because it is an ongoing judicial investigation. The competent judicial authorities must respond to the situation, “he added.

Tennis has been hit by cases of rigged matches, but usually in the second or third category. Various investigations are open in France.

So far, the best known investigation in this country was opened by the National Financial Prosecutor’s Office (PNF) in July 2019 for sports corruption, criminal association and whitewashing, with European ramifications.

The procedure, still in progress, links to an investigation started in Belgium that reaches at least seven countries (Bulgaria, Slovakia, Germany, Holland, France, the United States and Belgium) with a highly structured group in Eastern countries, which works from Belgium and specialized in tennis matches. (GG) (AFP)