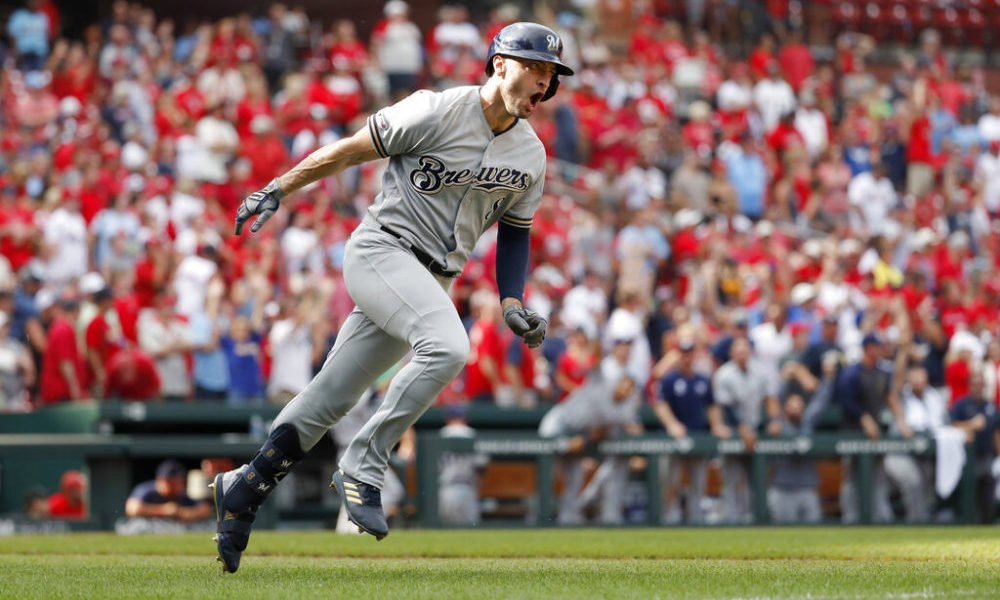 Ryan Braun, the Milwaukee Brewers’ all-time home run leader whose production declined due to injuries in the second half of his 14-year career in the majors, announced his retirement Tuesday.
Braun did not play this entire season and had indicated in spring training that he was contemplating retirement. The 2011 National League MVP made it official through a video posted by the Brewers on Twitter.
“Although it is impossible to synthesize my emotions right now, what I feel most is something simple: gratitude,” said Braun.
The 37-year-old Braun hit .296 with 352 home runs and 1,154 RBIs. He ranks second in the Brewers’ all-time charts in RBIs, extra-base hits (809), total bases (3,525) and doubles (408). He is also second in runs (1,080), hits (1,963), triples (49), stolen bases (216) and walks (586). It is the fourth in games played (1,766).
Braun was left as a free agent after the Brewers declined to activate a $ 15 million mutual option on his contract last October.
The six-time All-Star had the lowest average of his career – .233 with eight homers and 26 RBIs in 39 games in the shortened 2020 season – when dealing with back discomfort.
Braun was one of the best hitters in the majors between 2007 and 2012, but was never the same again after being suspended midway through the 2013 season for drug use. He acknowledged the use of prohibited substances when rehabbing from an injury and apologized.
As of 2014, Braun was never able to play more than 144 games in a season and only once surpassed 30 home runs after doing so five times in his first six years.
The Brewers took Braun with the fifth overall pick in the 2005 draft from the University of Miami. He won the National League Rookie of the Year award in 2007.
Milwaukee reached the playoffs five times with Braun (2008, 2011 and 2018-20).
The team will pay tribute to him on September 26 before facing the New York Mets, in their last home game of the regular season. (AP)

You can also read:  Honduras falls to Brazil in first consolation match