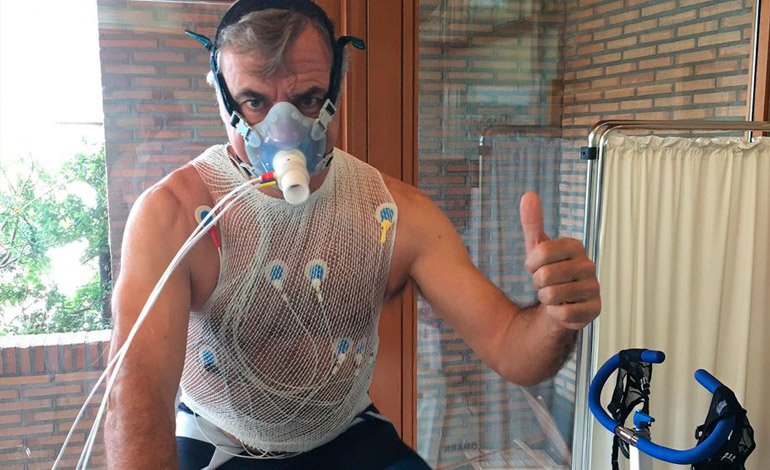 The Spanish rider Carlos Sainz, winner of the Dakar 2010, assured that he will “win” the next edition that will begin on January 2 in Asunción (Paraguay) and acknowledged that he is preparing “for the worst” after sports director Marc Coma qualify it as the toughest of those disputed in South America.

«We only know what Marc has said, those of us who know him know that it will be true, I am convinced that he will want to put his stamp on it, last year he didn’t have time. If he has said that it will be hard, I have prepared for the worst ”, explained the Peugeot driver at a press conference in Madrid with his co-driver, Lucas Cruz.

Sainz affirmed that he is “at full capacity” and said that he is “going to win”, in a test in which, since his third place in the general of 2011, he has counted his last participations due to abandonment, with different reasons and several with serious options to achieve the final triumph.

“Finishing second, third, fourth or fifth doesn’t really matter to me. Once you have won the race, what is the use of finishing second or third, what makes me excited is to win the rally. Of course I would have been excited to finish these years, but I have had some blow, some break. I’m not worried about not having third place in the Dakar since 2011 at all, “he said.

Sainz acknowledged that, at 54, he is “one of the veterans, if not more” of the participants, which means that he has to prepare “more than anyone else” and take it “very seriously”, although he recalled that the Last year he felt “comfortable” despite the harshness.

You can also read:  Meeke leads with 45.3 seconds over Ogier

«I understand that people wonder what Carlos Sainz is doing when he runs the Dakar at his age, my wife, who will be the happiest when she decides to race. I think I have earned the right to be able to run it even if there are people who do not share it, “he concluded.

This thirty-ninth edition of the Dakar, the fifth in the American continent, will depart from Asunción (Paraguay) on January 2 and will conclude on January 14 in Buenos Aires (Argentina), and will tour Bolivia for the first time, with a rest day in its capital. , Peace. One of the keys will be the altitude in the Bolivian highlands.

“Competing at 4,500 meters as we had the opportunity last year and sleeping at that altitude is hard. You have to try to acclimatize, although from what I have read even when you are ready you never know how the body is going to react. It is better to prevent and be as good as possible, and for that we have prepared ourselves, “explained the two-time rally champion.

Carlos Sainz highlighted the work of Peugeot in solving the reliability problems that caused its abandonment last year (due to a problem in the gearbox housing), in addition to improving suspensions and solving with other improvements the changes with the turbo forced by the organization.

“The problem is not that they have removed a millimeter from the ‘turbo’ flange, the problem is that one of the competitors, which is Toyota, has been given two more millimeters, there is a difference of three millimeters, about 70 or 80 horses compared to Baja Aragón ”, he explained regarding the test in which the Qatari Toyota driver Nasser Al Attiyah prevailed, for just 19 seconds.

“Trying to win the rally is complicated, because Toyota has also been reinforced with Al Attiyah, Nani Roma and Giniel de Viliers, who is a competitive driver and usually plays it safe,” explained Sainz, who also mentioned the Mini team, with the Finnish pilot Mikko Hirvonen and the Argentine Orlando Terranova as main representatives.

In this edition of the Dakar, the hidden ‘way points’ will be key, the places through which the pilots must pass, which as explained by co-pilot Lucas Cruz will be “more complicated” as the distance narrows to validate them (300 meters) and because they will not have the vision of the arrow in the GPS to know where they have passed it.

«There are going to be specific moments where navigation will be more complicated. We will never know by which side we have validated it and we will not have the vision of the arrow to get it right, “explained Cruz, who denied that this is going to cause it to be a slower Dakar in terms of race pace.

You can also read:  The Spanish pilot Jorge Martín is operated successfully

Sainz explained that he sometimes tells his co-pilot to slow him down if necessary for navigation. “The first one who doesn’t want to stop is him, but it is an exercise in self-control by both of them. That is why in the Dakar the co-driver is so important, he can make you win or lose, he has total control of where to go, “he explained.

The 2010 Dakar winner and two-time world rally champion commented on how roles are reversed during the test with his son, the driver of the Toro Rosso Formula One team.

«Throughout the year I go to the races, I advise him, I ask him (…) And when the Dakar arrives, he unconsciously takes on the role that I have during the year and asks me what happened, where I went, what the stage will be like … He has fun, follows him and I am convinced that he enjoys watching me enjoy himself, ”he said.

Jorge Tomé, director of Peugeot Spain and Portugal, participated in the presentation, in which he stressed that the model 3008 with which Sainz and Cruz will participate will see its commercial aspect reinforced with its participation, in a Peugeot squad that has the current champion, the French Stephane Peterhansel.

“We are going strong to the Dakar, with Carlos and Lucas, with Peterhansel, (Sebastien) Loeb and (Cyril) Després, with the same ambitions and the objective of trying to fulfill the successes of last year,” said the representative of the French brand. EFE