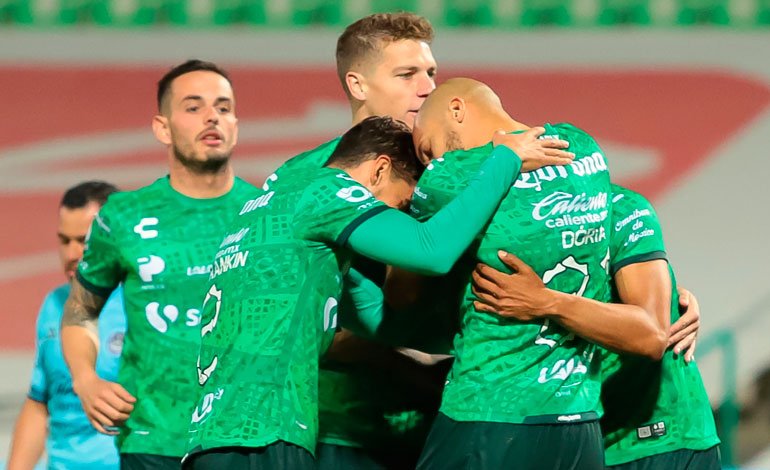 Santos beat Mazatlán 4-0 on Sunday at the Corona stadium, for the seventeenth and final day of the regular phase of the Guard1anes-2020 tournament (ex Apertura-2020) of Mexican soccer, and with this result the reclassification round was defined .

The ‘Guerreros’ of Santos got the 1-0 in the 50th minute with a shot by Hugo Rodríguez on the edge of the small area.

Josecarlos van Rankin made it 2-0 with a cross shot inside the area at 59.

Rodríguez was in charge of making it 3-0 at 86 with a touch of his left foot, again on the edge of the small area.

The Uruguayan Fernando Gorriarán sentenced the final 4-0 with a penalty at 90+3.

You can also read:  Barcelona will lose 40 million euros because of the season tickets

With this result, Santos reached 25 points and closed as eighth in the standings while Mazatlan finished with 16 units eliminated in fourteenth position.

Earlier at the Nemesio Diez stadium, the local Toluca drew 2-2 with León.

‘La Fiera’ took a 1-0 lead in the 31st minute with a shot by David Ramírez inside the area, from a pass by Ecuadorian Ángel Mena.

Ecuadorian Michael Estrada made it 1-1 for the ‘Red Devils’ of Toluca at 38 with a shot from outside the area.

Toluca took the lead 2-1 at 69 with a penalty scored by Argentine Alexis Canelo.

Luis Montes made it 2-2 by placing the ball in the upper left corner after taking a free kick at 73.

You can also read:  Butragueño: The credit is ours, it's a very complete game

With this tie, León finished at the top of the standings with 40 points and Toluca finished in eleventh position with 21 points.

On Friday at the start of the day, Puebla secured its place in the playoffs by beating Atlético San Luis 1-0 at the Cuauhtémoc stadium.

In the Benito Juárez Olympic Stadium, Juárez was eliminated after drawing 1-1 with América and with this result, Toluca’s pass to reclassification was completed.

Monterrey, losing 3-1 to Guadalajara at the Akron stadium and the Tigres, losing the 1-1 draw against Atlas at the Universitario stadium, were the last two teams that were placed in the playoffs by not reaching a direct ticket to the league.

You can also read:  Arrest of former Venezuelan coach accused of abuse by female players is ordered

With these results, the last direct passes to the quarterfinals went to Pumas and Cruz Azul who faced each other; the ‘felines’ won 2-1 at the Azteca stadium.

In this way, the four teams classified for the league that await a rival for the quarterfinals are León, Pumas, América and Cruz Azul.

The other four quarterfinal teams will come out of the following playoff series: Monterrey-Puebla, Tigres-Toluca, Guadalajara-Necaxa and Santos-Pachuca. AFP (hn).