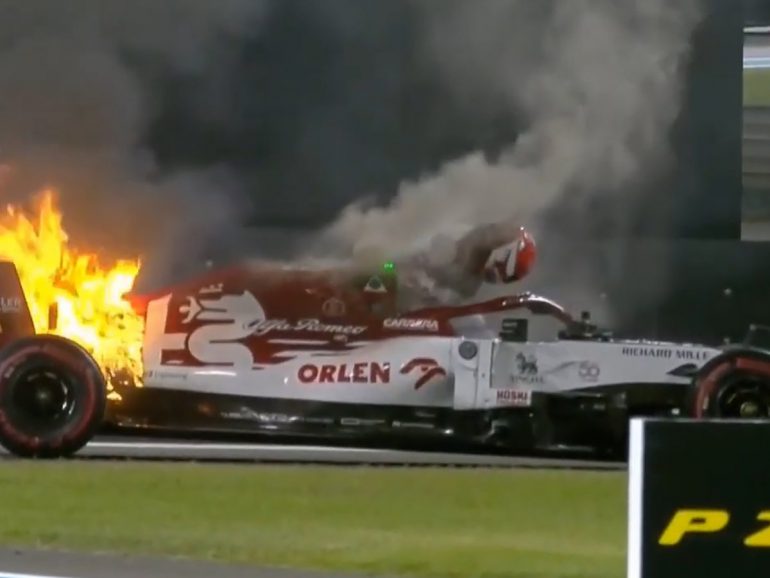 On the eve of the last Grand Prix of the 2020 Formula 1 season, an accident forced the second free practice session to be interrupted and caused a great scare for everyone present at the Yas Marina circuit in Abu Dhabi: Kimi’s car Raikkonen caught fire and the Finnish driver had to quickly abandon it.

It happened in the final section of FP2, which had to be interrupted for a few minutes with a red flag. The engine of Raikkonen’s Alfa Romeo suffered a malfunction and began to catch fire. The fire was more and more intent and forced the former champion to use a fire extinguisher to put it out.

You can also read:  Rosberg wins in Brazil and secures runner-up

The flames began at the rear of the C39 and advanced to the area of ​​the leaks. The commissioners took a few minutes to arrive but the incident did not progress, especially since Iceman himself lived up to his nickname and was in charge of controlling the fire.

This Raikkonen episode, which occurred 20 minutes from the end of the second session of free practice, brought out the worst memories of Grosjean’s accident with his Haas, which was logically much more serious. In the case of Raikkonen, despite the problems he had to get out of the car because he got caught in a cable, it was just a scare.

You can also read:  Lewis Hamilton renewed contract with Mercedes

Two weeks ago, Grosjean starred in a crash that left him badly burned and injured, as well as a dark memory that he can hardly forget. I thought of Niki Lauda. I saw death and I thought that was it, that I was going to die. My body relaxed at that moment, accepted its fate, I wondered on which side it would start to burn me, if it would be painful, “the French pilot confessed to Canal + on French TV a few days ago. Fortunately, he lived to tell the tale. (GG) (INFOBAE)