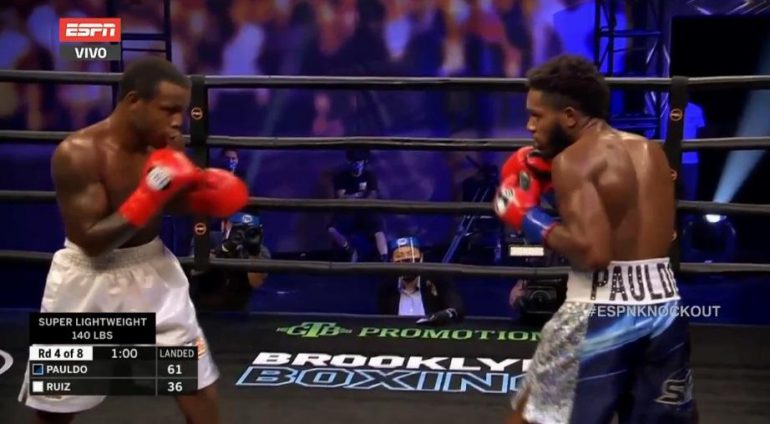 Honduran boxer Josec “Escorpión” Ruiz could not beat the undefeated American boxer Justin Pauldo and was defeated by unanimous decision after an eight-round bout in which the American had dominance.

The fight was super lightweight and Ruiz could not find cracks in the technique of a boxer who showed superiority from start to finish and in the end the judges interpreted it that way.

The fight took place at the Microsoft Theater in Los Angeles and is the second consecutive loss for the catracho. It should be noted that a few days ago the Honduran boxer overcame the coronavirus. (JL).