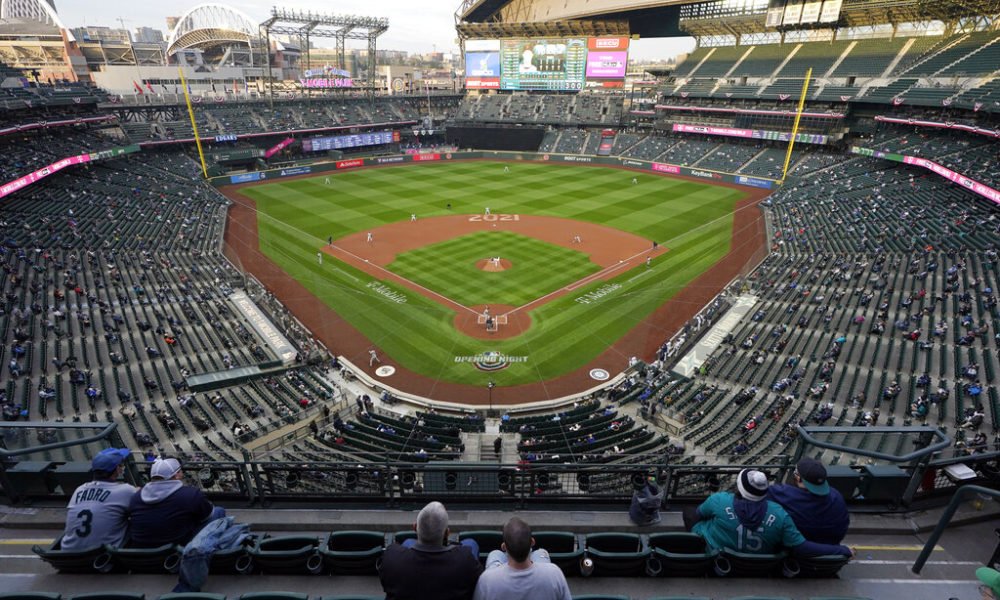 The Seattle Mariners will host the 2023 All-Star Game at T-Mobile Park.
The team called a press conference Thursday at the Seattle Space Needle, attended by baseball commissioner Rob Manfred. The end of the press conference will be to announce that Seattle will host the 2023 All-Star Game, a person familiar with the plans told The Associated. The person asked not to be identified because the matter had not yet been communicated.
It will be the third time that Seattle hosts the “All-Stars.” The stadium, then known as Safeco Field, was opened in 1999 and was the site of the American League’s 4-1 victory in 2001, part of a 12-game win streak for the AL amid a 7-7 draw in 2002. The game marked the last All-Star appearance for Cal Ripken Jr., who hit a home run, and Tony Gwynn.
The 1979 All-Star Game was settled in the old Kingdome and the National won 7-6.
Ken Griffey Jr. and Edgar Martinez, former Mariners players and Hall of Famers, will participate in the press conference, along with franchise executive director John Stanton and president of business operations Catie Griggs.
The All-Star Game this year had to be moved to Coors Field in Denver, instead of Truist Park in Atlanta, after MLB objected that the state of Georgia modified its electoral laws, which were criticized for being too restrictive.
The next edition of the classic will be at Dodger Stadium in Los Angeles, on July 19. The Dodgers were to host the game in 2020, but it was canceled due to the coronavirus pandemic.
MLB announced in 2019 that the 2026 All-Star Game will be at Citizens Bank Park in Philadelphia as part of the 250th anniversary of United States independence. (AP)