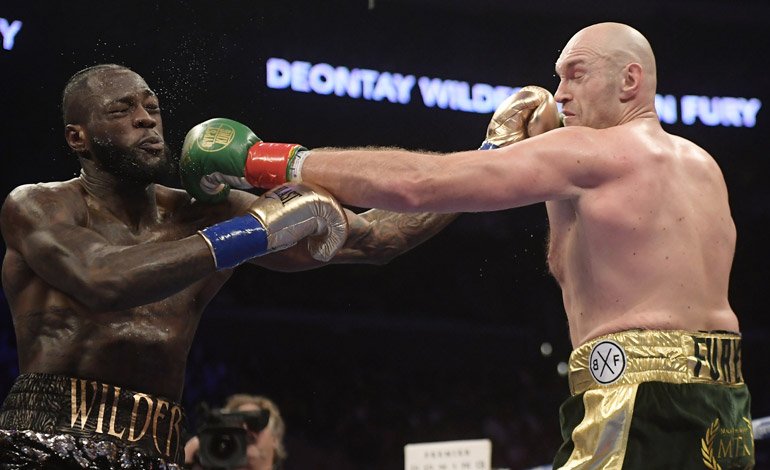 The rematch for the World Boxing Council (WBC) heavyweight title between Deontay Wilder and Tyson Fury is off for now.

Both staged a draw in December and negotiated a rematch. But WBC President Mauricio Sulaiman said Tuesday that challenger Fury had notified him that he would seek another match.

“Deontay Wilder vs. Tyson Fury officially won’t happen right away,” Mexican Sulaiman tweeted. “The WBC received the information in accordance with our process and, while WBC Champion Wilder confirmed his willingness to fight the rematch, Fury will take another fight with the expectation of a rematch at a later date.”

Wilder is now expected to face Dominic Breazeale, who is the next mandatory challenger for the WBC.

You can also read:  Cuba takes almost everything in the Boxing World Cup

Anthony Joshua, who owns the other belts in the category, will meet Jarrell Miller in New York in June.

Wilder (40-0-1) dropped Fury (27-0-1) in the ninth and 12th rounds on December 1. However, Fury outplayed Wilder for long stretches of the remainder of their fight at the Staples Center in Los Angeles.

Fury looked finished when Wilder put him on his back with two minutes left in the fight, but he got up and carried on to the final bell.

You can also read:  Manny Pacquiao runs for Philippine Senate

The next day, Wilder in particular pressed for an early rematch.

“I’m ready when he’s ready,” Wilder said. “I’m ready to give the fans what they want to see and end this conversation once and for all.”

The British challenger noted that the two will meet “100 percent (sure)” again in the ring, but Wilder indicated that he does not want to fight anyone before a rematch.

“Everyone is talking about this fight. The only right thing for us is to go back and do it again, ”Wilder said. “I don’t want any other fight to happen before he and I (meet again).”

It seems that this will not be the case. AP