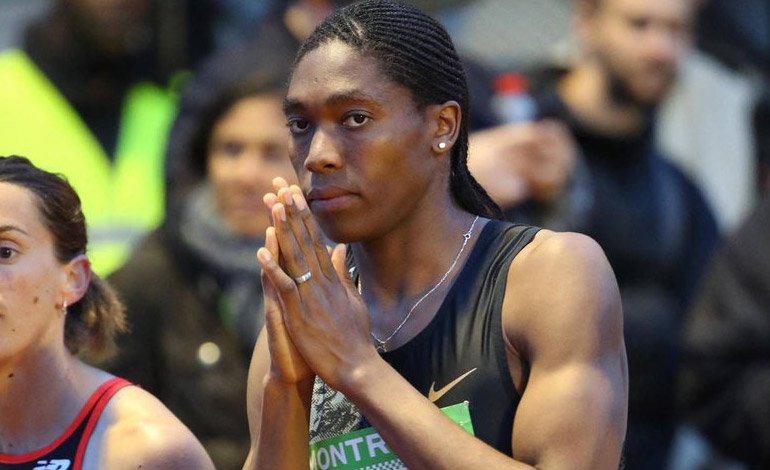 The South African Caster Semenya returned to the 800 meters with a “discreet” mark of 1: 55.70, which did not prevent the double Olympic champion from winning clearly in the Stanford (United States) meeting, seventh stop of the Diamond League.

Faced with the International Athletics Federation (IAAF) over the rule on hyperandrogenism, Semenya returned to the laps test taking advantage of the precautionary suspension decreed for her by the Federal Court of Switzerland.

A circumstance that has prevented the South African, double Olympic distance champion, from playing her favorite event since last May 3, when she won in Doha with a time of 1: 54.98, the best world record of the year.

In fact, Caster Semenya, who in the meantime has only run a 2,000, on June 11 in the French town of 2,000 in Montreuil, was initially registered at the Stanford meeting in the 3,000 test.

But the decision of the Federal Court of Switzerland, after the appeal presented by the athlete herself, allowed her to benefit, in a private capacity, from the precautionary suspension of the regulations.

A circumstance that Caster Semenya did not miss to demonstrate again this Sunday at Stanford that today he has no rival in the 800 meters, as demonstrated by the more than two and a half seconds -2.66- in which he surpassed the second classified, the American Ajee Wilson.

You can also read:  Loeb: "I have lost my last chance to win the Dakar"

And that the South African is that 72 hundredths of his best mark of the course -1: 54.98-, after prevailing on the Stanford University track with a “discreet” 1: 55.70, the second best world record of the year. EFE