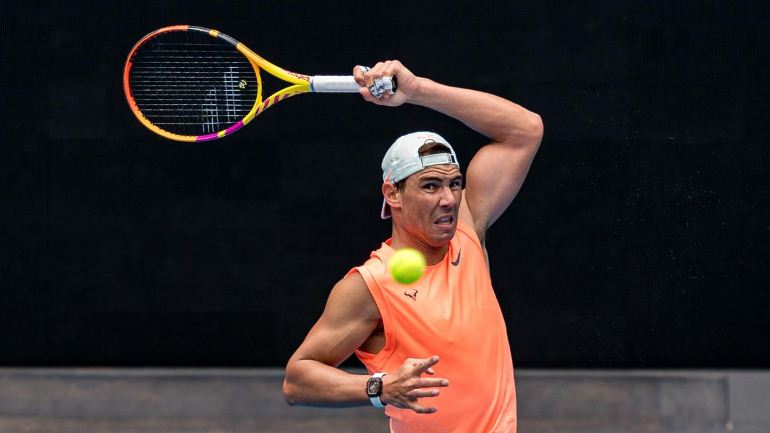 “My back is not perfect. I have had to change the service to survive ”. Rafael Nadal did not walk with mysteries or try to hide reality. After his victory against Laslo Djere in the Australian Open debut, the world number 2 confessed to the press: “Many times we are trying to ignore the realities or hide a reality that is happening.”

“I knew this could happen. In this first round perhaps he had the option to save the game without having to make an effort. But we have to be realistic: to aspire to what I have come here, I need to be better off my back ”, he acknowledged after removing the 25-year-old Serbian who is ranked 56th in the ATP ranking from his path.

Rafa, 34 years old and winner in 2009 of this Grand Slam, needed almost two hours to sign a 6-3, 6-4 and 6-1 that will allow him to face Michael Mmoh, 23 years old, who reached the Australia’s second round from qualifying. “Every day that I am here, that I have the ability to extend the subject, there are more options that can be solved. What I do is give myself the maximum possible options and I try to talk my back in the best way. Today, obviously, I have taken out softer ”, he clarified.

“At some important moment I have forced a serve, but in general I have served with a different movement than the one I have been serving in recent years. Trying to make a gesture that won’t strain my back too much. On the other hand, I get worse. But today he has given me to win. We will see what I can in the future ”, he detailed about this modification in the game.

And he clarified what are the sports complications that he has in the face of this change in his game: “It is difficult for people who do not play tennis professionally to understand it, but obviously the stroke that really limits me is in the serve, without a doubt. In the other strokes I am not limited. What happens is that when you serve, you have to serve carefully in each movement, then when you fall from the service and you have to continue towards the second ball, the recovery is slower and that affects the game in general. It does not allow you to play with that aggressiveness or intensity that the fact of playing without having to think gives you. When you take out each time thinking about what to do so that the situation does not get worse, then obviously the whole game is affected “.

You can also read:  Dimitrov beats Nishikori for the first time and lifts the title in Brisbane

While taking advantage of the hours of rest for his next presentation, Nadal has a clear objective: to conquer his 21st Grand Slam title and thus surpass Roger Federer as the winner of the four most important tournaments on the circuit. “I have one day to recover, to do treatments. What I am going to do is not give up anything, give myself the maximum options and trust that there will be a moment where the situation is better and I can compete with real possibilities ”, he analyzed.

The Mallorca-born man had warned days ago that the injury was not “a serious problem” and had detailed what was happening to him: “I have a muscle that tenses and does not allow me to move freely. He does not let me develop the movement one hundred percent, or force it ”. (GG) (Infobae)

You can also read:  Nadal exercises under the watchful eye of Djokovic's coach