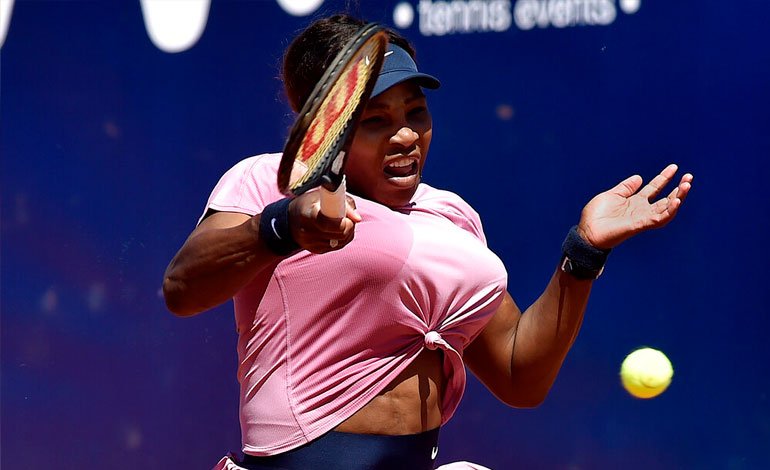 Serena Williams scored her first win in more than three months by defeating Italian teenager Lisa Pigato 6-3, 6-2 in the first round of the Emilia-Romagna Open.

Williams, who accepted a tournament invitation in Parma after losing to Argentina’s Nadia Podoroska in her Italian Open debut last week, dominated at will after yielding her serve in the first game.

“I’m starting to feel comfortable. I’m always super comfortable on clay and this year has been a bit more difficult than normal, ”said Williams, who had six aces. “I think that’s because he didn’t play on clay for a long time.”

Williams had not claimed victory since defeating Simona Halep in the quarterfinals of the Australian Open in February. She was eliminated in the first Grand Slam of the season when she fell to Naomi Osaka in the semifinals.

You can also read:  Monica Puig could not with the Estonian Kanepi

After taking a break, Williams reappeared in Rome and fell in straight sets to Podoroska, a semi-finalist at last year’s French Open.

Williams is looking to get in the mood for Roland Garros, which begins on May 24. His previous victory on clay was in the first round of last year’s edition in Paris.

Pigato, 17, made it through the qualifying phase to make her debut in a WTA tournament. Williams, who has 23 Grand Slams singles titles, was in his 1,001 match.

At the end of the duel, Pigato asked Williams to pose for a photo with her.

“He was very brave,” Williams said. “In a few years he will be able to remember him saying to himself: ‘That was my first game.’ I would have liked to do that in my game, it would have been very tremendous ”.