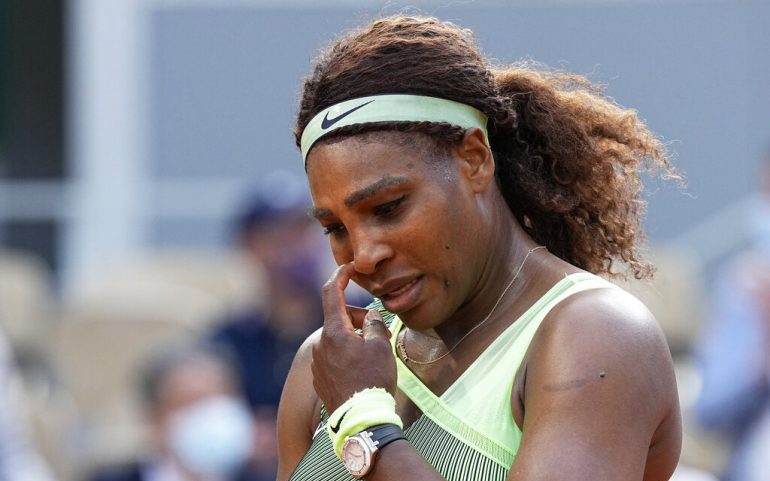 Serena Williams, former world No. 1 and currently 8th, was eliminated this Sunday in the round of 16 at Roland Garros by Kazakh Elena Rybakina (22nd) in straight sets 6-3, 7-5, in 1 hour and 17 minutes.

Nearing her 40th birthday, the American must continue to seek a 24th Grand Slam crown, which would allow her to equal the all-time record for ‘Big’ titles held by Australia’s Margaret Court.

At the Australian Open last February, Serena was held back in the semi-finals. The youngest of the Williams sisters had not reached the second week in Paris since 2018.

Although clay is the worst given surface, casualties and retirements (Halep, Osaka, Barty) and early eliminations (Sabalenka, Svitolina, Andreescu) of numerous top-10 players had considerably cleared the women’s draw.

You can also read:  Del Potro wins the ATP 'Comeback of the year' award

But, this Saturday in the Central the American could not face the dry blows of Rybakina.

In the first set, the 21-year-old Kazakh was quickly 4-1 with just 15 minutes into the game. Serena approached 4-3, but Rybakina increased the lead again.

In the second set, the Kazakh broke the serve of her rival with a blank game, and did not forgive with the service in favor for the final 7-5.

«I am very happy, it was incredible. Of course I was nervous, about in the end, it did not serve any worse, “acknowledged Rybakina.

You can also read:  Murray returns with victory to a Grand Slam 14 months later

The 1.84m tall Kazakh has not lost a single set since the start of the tournament.

There are only two players left in the world top-10 in the women’s team; Iga Swiatek, champion of the 2020 edition, and Sofia Kenin, the finalist.

Serena Williams had come to Paris with a single victory on clay this season in two tournaments (Rome and Parma). Previously, she had been seen on the circuit again since her Australian Open semi-final loss (against Osaka) in early February. (AFP) (GG)