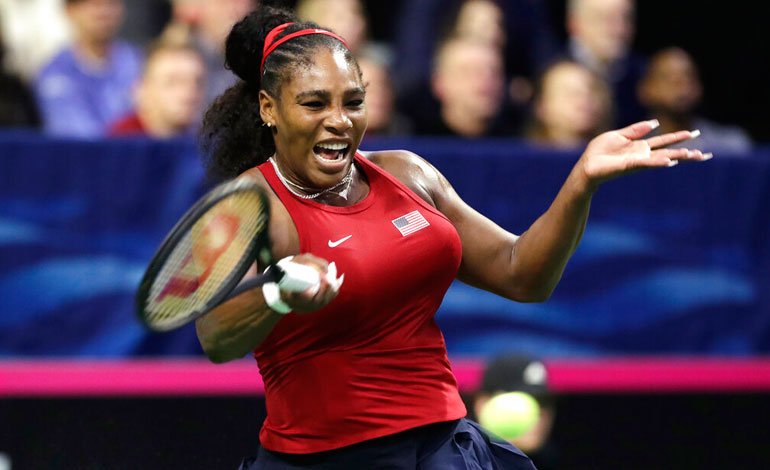 After six months of hiatus due to the coronavirus, American tennis player Serena Williams returned this Tuesday with a victory against her compatriot Bernarda Pera (60 in the ranking) to advance to the second round of the WTA tournament in Lexington (Kentucky).

Williams, ninth in the world, who had not competed since participating in the Fed Cup in February, had to overcome a first set against to beat Pera 4-6, 6-4 and 6-1 in two hours and 15 minutes on the court of the Top Seed Tennis Club.

“I haven’t played in so long,” Williams said after the game. “It was good for me to play three sets and win a match in three sets.”

You can also read:  Djokovic wins his fifth Wimbledon in epic final against Federer

The 38-year-old former world number one was bordering on an early elimination in the second set, but rallied from 0-40 against at 4-4 to take the sleeve and easily overtake Pera in the third set.

“I wasn’t having a good rhythm, and I said to myself ‘Serena, play like you’ve been practicing,” Williams said. “I knew I could play a little better if I stood my ground.”

Williams will play in the second round against the winner of Tuesday’s match between her sister Venus (67) and Belarusian Victoria Azarenka (58).

In the first set, Pera took an early lead by breaking Williams’ serve to clinch a 3-2 lead and hold serve to win 6-4.

You can also read:  Quarantined tennis players try to train in Australia

Williams struggled with service early in the second set, having to overcome 0-40 in the first game.

Serena took a 3-1 lead with a break from Pera in the fourth game, but her Croatian-born opponent responded immediately and went 4-4.

In the ninth game, Williams went 0-40 behind but managed to hold the serve and then broke Pera’s to take the second set.

The American took advantage of that momentum in the decisive set, breaking Pera’s serve twice to achieve partial leads of 3-1 and 5-1 and win the third set with clarity.

The Lexington tournament is the first on the women’s tennis circuit to be played in the United States since the season was suspended in early March due to the pandemic. AFP (HN)

You can also read:  Nadal and Federer remain firm in Miami, where Zverev eliminated Wawrinka