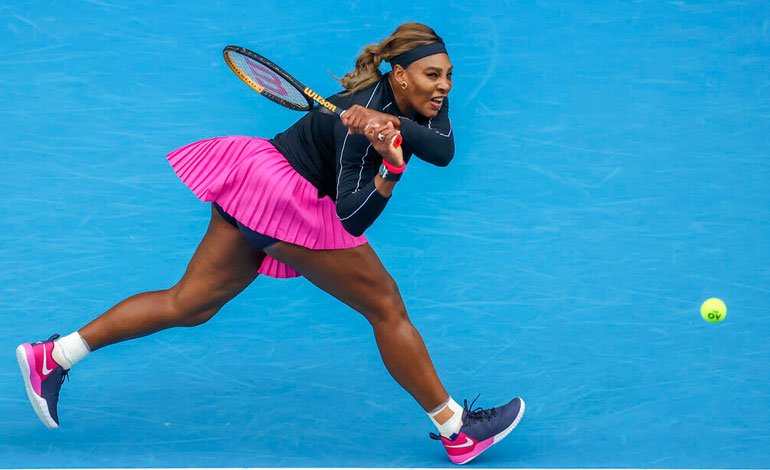 Serena Williams has found the positive side of delaying the Australian Open the first Grand Slam of the tennis season that begins three weeks later than its usual date due to the COVID-19 pandemic.

More time to recover from the Achilles tendon injury that forced him to withdraw from the French Open last year before a match in the second round. More time with his little daughter, although serving a quarantine at the hotel.

The 39-year-old American, a seven-time Australian Open champion, makes another bid for an elusive 24th Grand Slam singles title. And the task began on Monday with a 6-1, 6-4 win over Daria Gavrilova in a preparation tournament at Melbourne Park.

You can also read:  Nadal qualifies on the fast track against Paire

Six tournaments are played during the course of this week so that all tennis players get in tune prior to the start of the Grand Slam next Monday.

Fifth-seeded Williams said he had to “push himself” to play at Melbourne Park.

“I needed every day. I don’t think I could have come if it had been the normal date of the season, “he said. “Having that time has been an unexpected blessing, but one that I really needed.”

You can also read:  Nadal and Sharapova among the most popular on Twitter

“I used all that time to recover and do my best – and now I am much better,” he added.

Williams played an exhibition against Naomi Osaka in Adelaide last Friday, her first game after the quarantine.

Against Australia’s Gavrilova at Margaret Court Arena, Williams played in a long-sleeved shirt on a relatively cool day in Melbourne and was subsequently pleased with the 1.5 hours of action in the second.

He will now face Tsvetana Pironkova, whom he beat in the quarterfinals of the US Open in September. The Bulgarian was also to be her rival at Roland Garros before the injury forced her to retire.

Williams has been stuck in all 23 big-date titles since she was crowned at the 2017 Australian Open, where she was two months pregnant with Olympia, now three years old.

Also at the Yarra River Classic, Podoroska spent less than an hour and a half to defeat Britain’s Francesca Jones 6-1, 6-3. AP (HN)