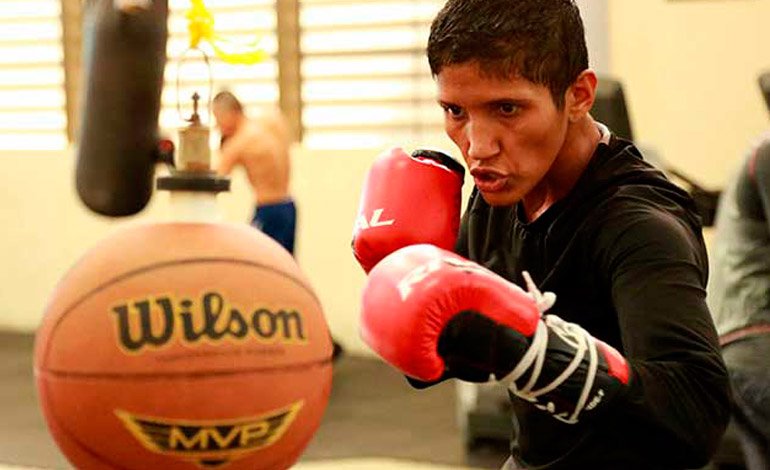 The Puerto Rican Cindy Serrano will expose for the first time this Saturday her featherweight title of the World Organization of Boxing (OMB) against the Mexican Paola Torres, thus adding another episode for the historical rivalry between fighters from the Caribbean island and the North American country.
“I don’t know much about my opponent, apart from the fact that he is Mexican, and we know that Mexicans like to fight. He is young, so he will have a lot of energy, but I am more of a boxer. But if we have to fight, then we will. Mexicans and Puerto Ricans love these battles, “‘Checkmate’ Serrano told EFE today.
The brawl will also be the first fight in which a Puerto Rican boxer defends her world crown on the island, by leading the evening at the Sammuel ‘Sammy’ Rodríguez Coliseum in Aguas Buenas, a municipality in the center of the island.
“We have prepared well for this fight for the past two months and I am very excited. Even though I didn’t take a long time off, I feel good and strong. It will be a great rivalry between Puerto Rican and Mexican, “said the 35-year-old Puerto Rican prior to the last press conference of the fight.
Serrano’s fight (25-5-3, 10 KO’s), trained by her husband, Jordan Maldonado, will be the first since she won the title she holds on December 10, after defeating Colombian Calixta Silgado on the bill by majority decision. held in Puerto Rico.
“It will be an honor that now I have the opportunity to defend my championship on my island,” said Serrano, who along with his sister, Amanda, are currently the only Puerto Ricans to be world champions of boxing.
«The fights between Puerto Ricans and Mexicans are always very strong. At boxing From Mexico there are no bad guys, but boxers with desire, with everything except fear, and we know that Paola comes with that, ”said Cindy Serrano’s coach and husband, Jordan Maldonado.
“We know that Mexican boxers are very strong, but the title will stay in Puerto Rico,” said Maldonado, who also trains Cindy’s sister, Amanda Serrano – the only one to win world titles in five divisions.
“Jordan says I am not a true world champion until I defend my title. So I will do everything possible to achieve my goal, “stressed Cindy, mother of two.
Torres, known as ‘la Fiera’ and with a record of 10-1-1, 3 KO’s, will have his first chance for a world title this Saturday and will make his first fight since December 10, when he defeated his compatriot by unanimous decision Karla Diaz.
«I thank the organizers and the Serrano team for this great opportunity. I will do everything possible to snatch that title from him and take it to my country, “said Torres, who trained for his long-awaited fight with Mexican Charlie Martínez.
We come to a war. We know the importance of these fights, and we are prepared to take the title, “added Martinez. EFE

You can also read:  Wilder was the big winner and Szpilka came out on a stretcher