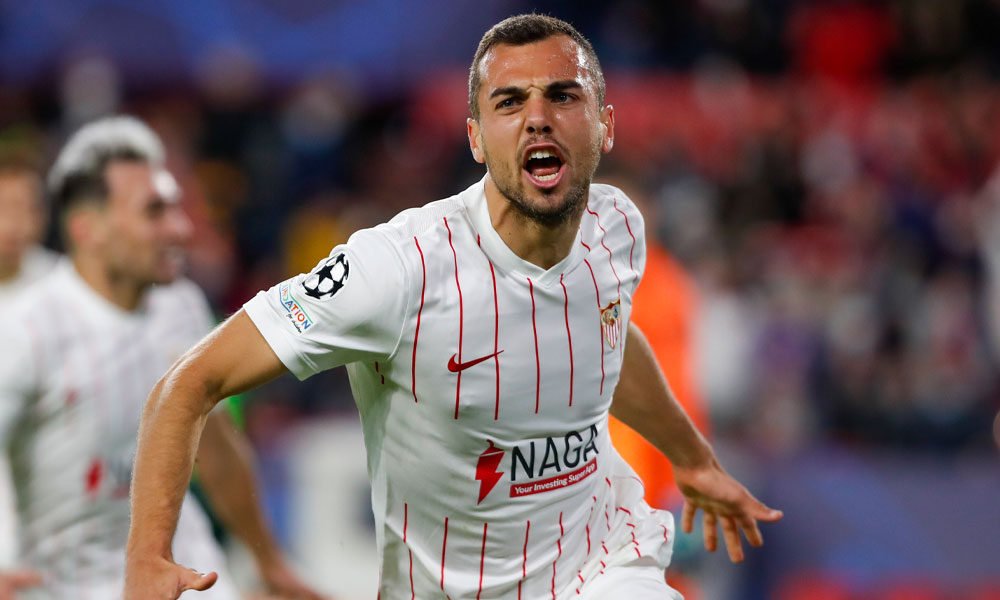 Sevilla beat German Wolfsburg 2-0, with goals from Joan Jordán in the beginning and Rafa Mir in the extension, and achieved their first victory in this group stage of the Champions League, with which in the last match He depends on himself to be in the round of 16, for which he will have to win in Austria against Salzburg.

It was a final for Sevilla, which was planted on this fifth and penultimate round of the group stage without knowing victory, with three draws and one losses, and three points that placed them at bottom, although due to the tightness of the classification chances of being in the eighths were still real.

With the German formation also plugged into the fight, with two points more than the Spaniards, the clearest accounts of Julen Lopetegui’s men were to win this Tuesday and also in two weeks in Austria.

The sevillistas, with four significant casualties due to injury, such as those of Jesús Navas, the Moroccan Youssef En-Nesyr, the Argentine Erik Lamela and Suso Fernández, took the field with the Argentine Alejandro ‘Papu’ Gómez and the Spanish-Moroccan Munir El Haddadi up, while this time Rafa Mir stayed on the bench.

The local formation, how could it be otherwise, left with force towards the German area and at nine minutes the French center-back Jules Kounde tested the Wolfsburg goal today, but it was shortly after that Joan Jordán, also head in the Small area after center from the right of the Croatian Iván Rakitic, achieved the 1-0 that soon put the situation in his favor for the Hispanics.

Those of the Gipuzkoan coach did not want to speculate with the result and maintained the idea of ​​being protagonists with the ball, although the visiting team was also clear that it was not worth defending and after twenty-three minutes it was close to the draw with a strong shoe from Nmecha, although between the Moroccan goalkeeper Yassine Bono and the crossbar prevented it.

You can also read:  Haaland's hat-trick against Gibraltar

That play seemed a turning point for the game to be balanced, with a tough fight in the center of the field and without Sevilla having the same depth as in the start, despite the fact that Jordán scored again on a pass along the Argentine side Marcos Acuña in what was the last dangerous action before the break in both areas.

In the second half, the team coached by German Florian Konfeldt advanced lines to make it difficult for Sevilla to leave and as the minutes went by he gained some confidence against an opponent without too much speed to look for a reassuring second goal, although he did have of some chances against Pervan.

The problem for the locals was that that goal did not arrive and the benefit for the visitors was that, without reaching Bono, they kept the score tight to look for that blow at some isolated moment that would revolutionize the game.

In that struggle, it was Sevilla that struck very at the end, in the 97th minute, with a goal from Rafa Mir, who had come out a few before and who did not miss a good cross from Argentine Lucas Ocampos.

Incidents: Match of the fifth day in group G of the Champions League played at the Ramón Sánchez-Pizjuán stadium in front of about thirty thousand spectators, of which some four hundred German fans. EFE.