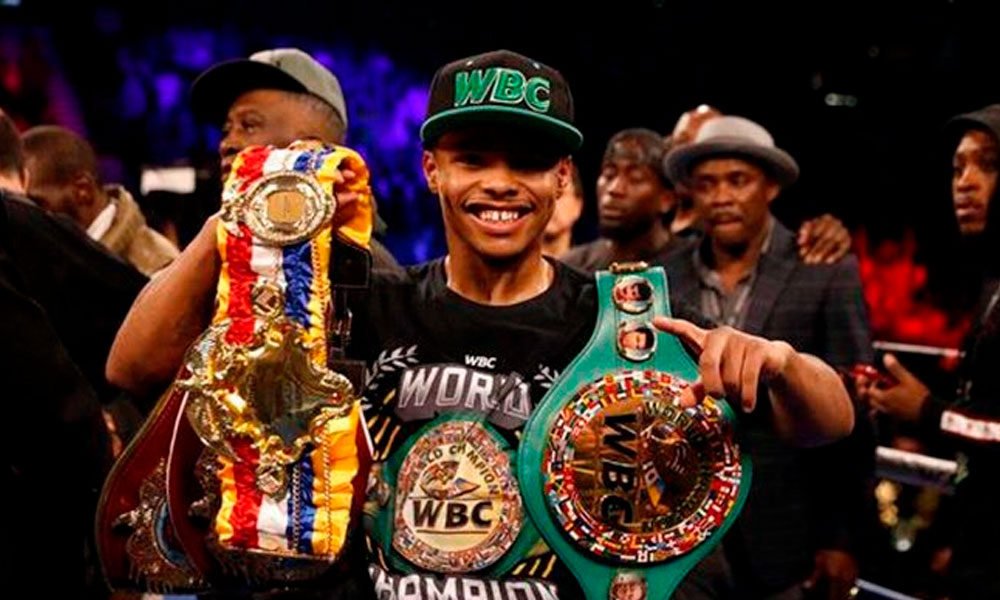 American Shakur Stevenson defeated Mexican Óscar Valdés by unanimous decision and, in addition to taking away his undefeated record, snatched the World Boxing Council super featherweight title from him.

At the Grand Garden Arena in Las Vegas, Stevenson gave a boxing lesson from long distance and prevailed with cards in favor of 117-110, 118-109, 118-109, to reach 18 wins without defeats, nine of them by knockout, while Valdés suffered his first loss after 30 wins, 23 on the fast track.

Stevenson, with greater reach and stronger, scored with the right ‘jab’ from long distance against the Mexican, who had little room for response.

The American kept the initiative and although Valdez landed some good right hands and hit to the stomach, the American took the lead again in the second segment.

Óscar Valdez reacted in the third round. He went for the middle distance, made hits with his straight shot, moved better and got closer on the judges’ scorecards.

Skakur returned to the fight and dictated the rules in the fourth, fifth and sixth rounds, in the latter with a protection count included.

In those three rounds Stevenson insisted with the jab and from then on, he did damage with punches to the stomach, effectiveness with the straight and more volume of blows against the Mexican, with his guard closed.

In the sixth Valdez was thrown off balance and the American took advantage, causing Valdez to be counted for protection. Although it was Stevenson’s best assault, it was benefited by the judge, who did not require it for a couple of low blows.

With an advantage on the cards, Shakur followed the script from long distance, although Óscar responded and for the second time he was competitive, which he repeated in the eighth, in which the Mexican balanced the balance.

Stevenson struck again from behind with his jab and in the middle of the ninth round he launched a good upper cut, which he complemented with blows below to confirm the advantage.

Forced to impress the judges, Oscar forced the action, but after starting well in the tenth round, Stevenson made him fail and punished the desperate Mexican with combinations.

Stevenson confirmed the superiority with a festival of straights to the anatomy of the Mexican; he was better in the eleventh, he danced in the twelfth and thus confirmed a comfortable victory.

You can also read:  Pacquiao retired in a big way

“This win means everything, Oscar is a tough champion, but I want all the belts,” said Stevenson, who proposed to his girlfriend, Young Lyric, who said yes.

Valdés said that he will work hard to become world champion again and recognized Shakur’s quality.

“He was better tonight, he’s big, he has speed and great defense, but I’ll be back to get the belt back for Mexico,” he said. EFE