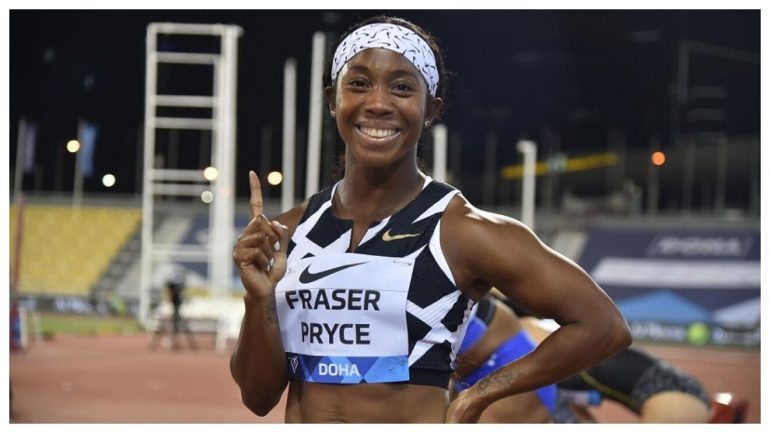 Jamaican star Shelly-Ann Fraser-Pryce made history and became the second fastest woman of all time in the 100m sprint this Saturday by setting a record time of 10.63 seconds at the Olympic Destination Rally in Kingston. The current world champion and double Olympic medalist in this discipline (Beijing 2008 and London 2012), gives with this result at 34 years old and marks a stroke of authority less than two months before the Tokyo Olympic Games.

Only the late American athlete Florence Griffith-Joyner, about whom there are strong suspicions of doping, still manages to surpass the native of Jamaica with her impressive world record: 10.49 ′ ” established in 1988 in the Indianapolis qualifying trials for the Olympics. . organized in Seoul that same year. After the feat of the young American Sha’Carri Richardson (10.72 seconds in April), Fraser-Pryce recalled that she must be taken into account among the candidates to take gold in the Olympic event to be held in the capital of Japan.

Fraser-Pryce becomes the second fastest athlete of all time beating Carmelita Jeter (10.64 in 2009), who immediately congratulated her. “I know how deserved it is. You came back after giving birth to a boy and showing the world how talented and passionate you are. You are officially the fastest woman in life, ”tweeted the American, who is already retired from the slopes. Shelly-Ann completes an unusual milestone with this achievement: at 34 she has six Olympic medals, two of them in the 100 meters, and ten world consecrations of which four are in the same test and one in the 200 meters.

You can also read:  Olympic 100-meter champion announces return to competition in 2022

Despite this, the Jamaican athlete lived for a long time under the imposing shadow of her compatriot Usain Bolt, dominator on the men’s circuit. Born in Waterhouse, Fraser-Pryce gave birth to her son Zyon on August 7, 2017 and from that date began training to return stronger to high performance. After four years of work, he managed to go down in history with the race he did this Saturday in Kingston.

In addition, the athlete is an ambassador for UNICEF and dedicates time to charities working in search of better conditions for deliveries in Jamaica or for better information on breastfeeding. The only blemish in her professional career was having been suspended for six months due to a positive doping of the substance oxycodone (opioid) in 2010. (GG) (Infobae)