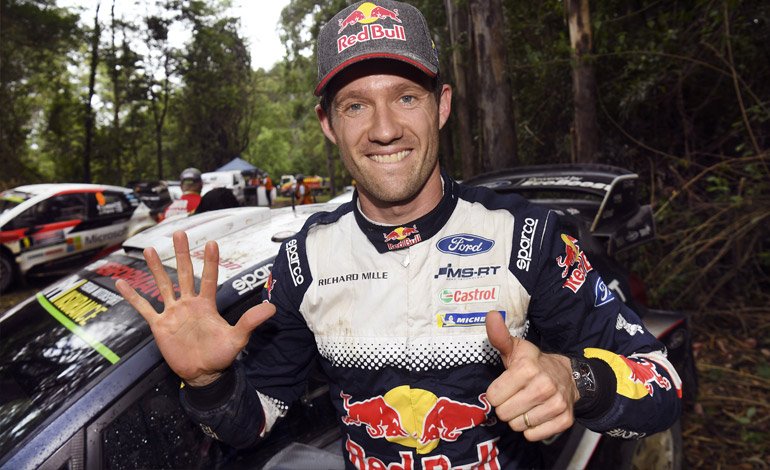 Frenchman Sébastien Ogier, a six-time world rally champion, will drive a Toyota in 2020, the Japanese brand announced in a statement.

After the 2019 season ended, 35-year-old Ogier decided to leave Citröen, prompting the French brand’s withdrawal from the World Cup.

“I am very eager to join this team. It’s another challenge for me, I’m really looking forward to it. We had already talked at the end of 2016, but then it couldn’t be done. Now I am very happy to work with a legendary brand and compete on the team of my childhood idol, Tommi Makinen, ”said Ogier.

“The plan is simple: win the title, keep it at Toyota,” he added, promising that 2020 will be his last year in the World Rally Championship.

You can also read:  Hamilton: "Montreal is one of my favorite weekends"

For 2020 Toyota will change all its drivers, with the arrivals also of Elfyn Evans and Kalle Rovanperä.

Ogier, who had agreed with Citroën at the beginning of the season to a two-year contract, until 2021, in search of a seventh consecutive world title, with a third different manufacturer, finally had to content himself with a final third place in the drivers classification won by Estonian Ott Tänak, precisely with Toyota and who will now race for Hyundai.

Citroën had brought back Ogier, the home rider between 2008 and 2011, with the aim of returning to the top in the World Championship.

A disappointment that explains the departure of a driver who had already left Citroën in 2011 due to alleged disagreements with his teammate Sébastien Loeb.

You can also read:  Ferrari in serious trouble in the Formula 1 World Championship

With his six crowns, Ogier is the second most titled driver in WRC history, behind Loeb (9).

Hyundai and Toyota are currently the two manufacturers officially entered in the WRC next season. Ford is in turn present with its sponsorship of the private M-Sport team.

In addition to Japan, two other events return to the calendar, in Kenya (July 16-19) and New Zealand (September 3-6). AFP