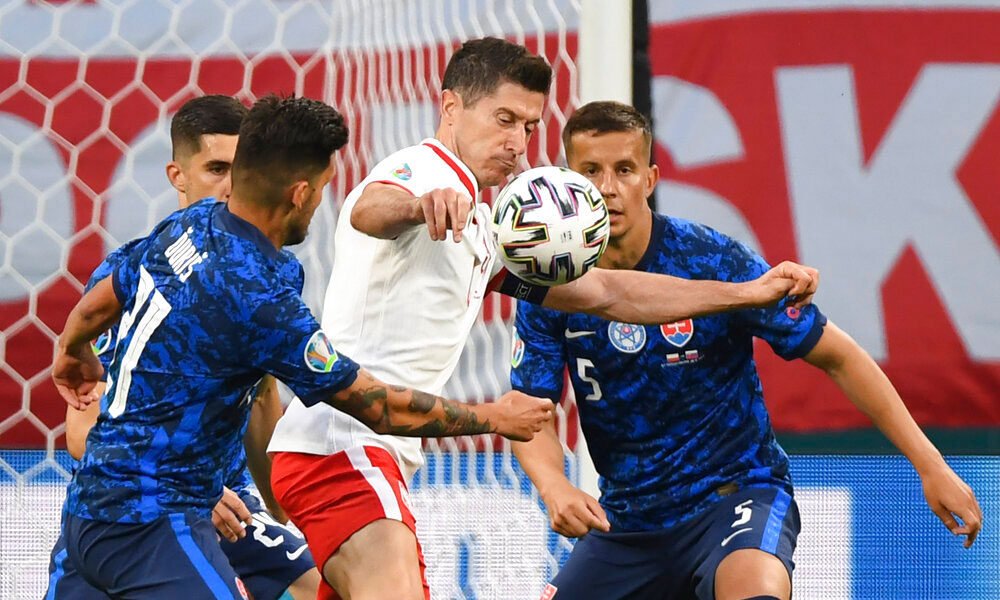 Slovakia stopped Robert Lewandowski and surprised a sad Poland (1-2) with a sublime first half and a second in which they took advantage of playing with one more man to take the victory.

Mak’s great goal certified the Slovak superiority in the first 45 minutes. The Poles almost inadvertently equalized as soon as the second half started, but Krychowiak’s expulsion penalized them.

Shortly after, while Lewandowski was taking a nap, the magnificent Inter Milan centre-back, Skriniar, scored the winning goal.

The Slovaks celebrated the victory as if it were a final. Thus, Slovakia became the provisional leader of Group E, in which the Spanish and Swedes will play next.

In a demonstration that he has not found guaranteed substitutes for the injured Milic and Piatek, Paulo Sousa started with a single striker, Lewandowski.

Meanwhile, Slovakia, faithful to their style, came out, on paper, without strikers and with a very populated midfield. Apparently, the goal was to lock the match, but appearances are deceiving.

You can also read:  Freiburg remains undefeated after beating Augsburg in farewell to its legendary stadium

From the initial whistle, the ball was Polish, but the chances were Slovak. Stefan Tarkovic’s pupils closed the wings and through the center it was impossible. The Bayern Munich bomber did not receive balls.

After an initial scare from set pieces, the strong Slovaks, Duda was about to surprise Szczesny with a low shot hit the post. It was the second notice.

The third time was the charm. Thus, Mak, who played for Zenit Saint Petersburg, received the ball on the wing, went from two markers with a feint and shot with intent. The ball was repelled by the right post, hit Szczesny and kissed the net. A great goal, even if it was considered an own goal. (min.18)

The Poles were knocked out. Every Slovak raid carried danger. They didn’t even need the best version of Hamsik.

Desperate, the Poles tried only with shots from outside the area, but without aim. Lewandowski tried his luck just before the break, but the shot went wide. 60% possession for nothing.

You can also read:  Mbappé's mother says that renewal with PSG is on the right track

A full-fledged review of the Slovaks. Sousa was forced to make changes at halftime.

The lines of football are crooked. As soon as they left the locker room, Poland tied. It was a move in which Rybus received a magnificent pass from Klich, crossed back and an attentive Linetty finished at the edge of the box. (min.46)

Start over for the Slovaks. Poland squeezed. He advanced lines and openly sought the second goal.

Then the Slovaks got an unexpected reprieve. Krychowiak pushed too hard, brought down an opponent and received the second yellow card. On the street. The Poles would play almost half an hour with one less.

Soon, they would pay dearly. Coming out of a corner, Inter Milan centre-back Milan Skriniar received the ball in the heart of the area, controlled it like a center forward and beat the Polish goalkeeper with an unstoppable howitzer. (min.69)

The rest of the match was an exercise in pride for the Poles. Bednarek had the equalizer in his boots, but his shot licked off the post, and newcomer Swiderski’s attempt was controlled by Dubravka.

You can also read:  Conflict between FIFA and UEFA intensifies

Poland will have to improve a lot in the next game against Spain, while the Slovaks will face the Swedes.

Incidents: match corresponding to the first day of Group E played at the Krestovski stadium in Saint Petersburg. EFE