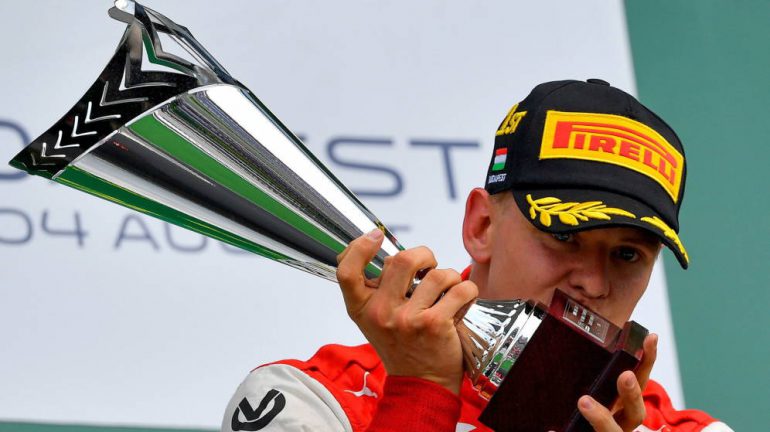 The German Mick Schumacher (Prema), son of the sevenfold F1 world champion Michael Schumacher, won the Formula 2 championship, despite not having scored this Sunday in the last round of the tournament, at the Sakhir circuit, in Bahrain, in the one that neither added his main rival, the English Callum Ilott (Virtuosi).

Schumacher, who will be an F1 driver for the Haas team next year, was eighteenth at Sakhir and finished the championship with 215 points, fourteen more than Ilott, the only one who could still take the F2 title from him in the last round of the year; and that concluded tenth this Sunday a race that the Indian Jehan Daruvala (Carlin) won.

Daruvala led a Carlin ‘double’ with the Japanese Yuki Tsonuda -winner on Saturday of the long race-, in a test that the Englishman Dan Ticktum (Dams) finished third.

“I am overwhelmed right now. It will take a few days to assimilate it. I am very happy and grateful, especially to everyone in the team, “said the Kaiser’s son as soon as he got out of his car at the Sakhir circuit, on the outskirts of Manama -the capital of the Arab kingdom-, that during the This Sunday afternoon it will host the penultimate round of the Formula One World Championship.

“Champion of Formula 2 sounds very good; Obviously it would sound better if today I had had a better race, but we have done enough and in the end what remains is that we win the title, “said Mick, who had words of praise for Ilott, his main rival for the final victory.

You can also read:  Webber, the fastest of the day in Yeongam

“Apart from the whole team, I also want to thank Callum, who has put a lot of pressure on me and made it very difficult for me,” said Schumacher, who next season will be a Haas partner of another F1 rookie, the Russian Nikita Mazepin.

Tsunoda, who finished third in the championship, one point behind Ilott and fifteen behind Schumacher, is another “future” in the premier class, in which he could ride an Alpha Tauri next year.

It was a dream week for Mick, after on December 2 he finally confirmed his signing for the American team Haas, with whom he will debut in Formula 1 starting next year: Exiting Formula 1 makes me incredibly happy and I am simply speechless, ”the 21-year-old driver said in a statement.

You can also read:  Vettel: "We had a good pace, but the Mercedes are faster"

Along the same lines, he was also very grateful to Ferrari, the Ferrari Academy and his parents. “I have always believed that it would make my dream of racing in Formula 1 come true,” he added.

Expectations are high for Mick, for being the third Schumacher in the elite of world motorsports, and for his trajectory, starting with Karting competitions and climbing through the different categories at high speed in the last six years. In addition to winning the Formula 2 championship, he has been vice-champion of German Formula 4 and European Formula 3 champion. (GG) (Infobae)