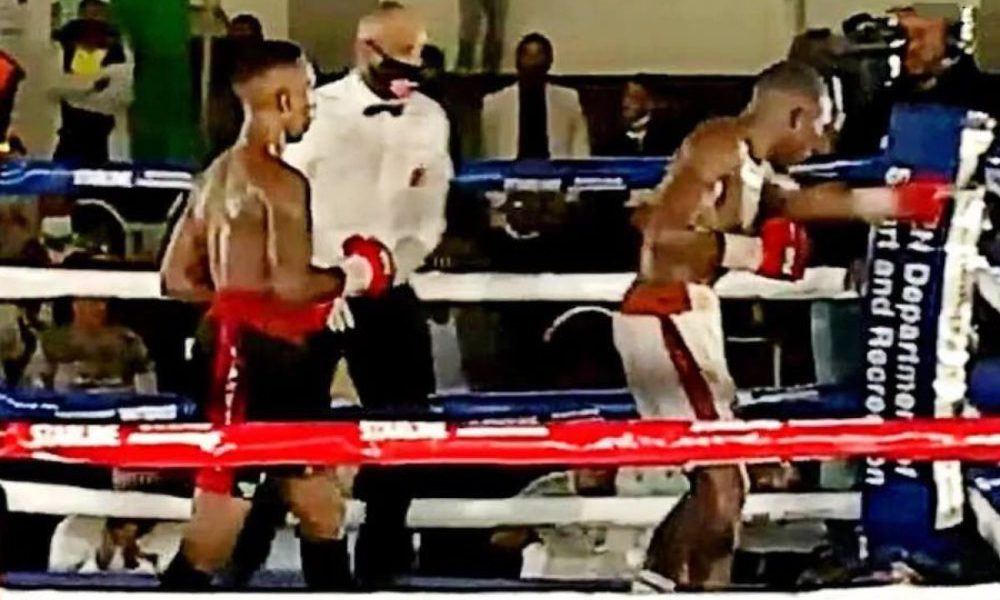 The South African Boxing Commission reported the unfortunate death of local boxer Simiso Buthelezi, who just three days ago went viral by ‘boxing on air’ while fighting for the African Boxing Federation Lightweight Championship against Sipheshile Mntungwa, who ended up winning the bout via technical knockout.

In his last fight, Buthelezi was pressing Mntungwa to the brink of almost knocking him out of the ring between the ropes. The referee asks them to break contact and when Sipheshile rejoins, it is found that Simiso was boxing in the air, and at that moment the fight ends, which by the way was winning in two of the three cards.

You can also read:  VIDEO: The "Prince" of boxing who, dancing, knocked out his rivals

He was rushed to hospital in Durban but was unable to recover. “It is with great sadness for South African boxing and the Buthelezi family that we report the passing of Simiso Buthelezi (4-1, 2 KO’s) on the night of June 7 in hospital,” the Professional Boxing Commission statement read. from South Africa. “South African Boxing will conduct an independent medical review of the injury and will later release the results of the injury,” they added.

Just 24 years old, Buthelezi made his professional debut in December 2019 and went undefeated through the first four fights of his career, three of them scheduled for four rounds and one for eight rounds. His fight for the Lightweight title was the first one scheduled for 10 rounds, and it was precisely in the tenth and last round where that chilling episode was seen in which he ends up ‘fighting on the air’.

You can also read:  Boxer Serrano will seek to match Cotto as the only Puerto Ricans with 4 titles

The fight took place at the Greyville Convention Center in Durban, South Africa. He was barely disqualified, he was taken to a nearby hospital where tests were done, they found bleeding in the brain and he was put in an induced coma waiting for improvement; However, he could not fight the hardest battle of his career and they ended up announcing his unfortunate death.(AFP)