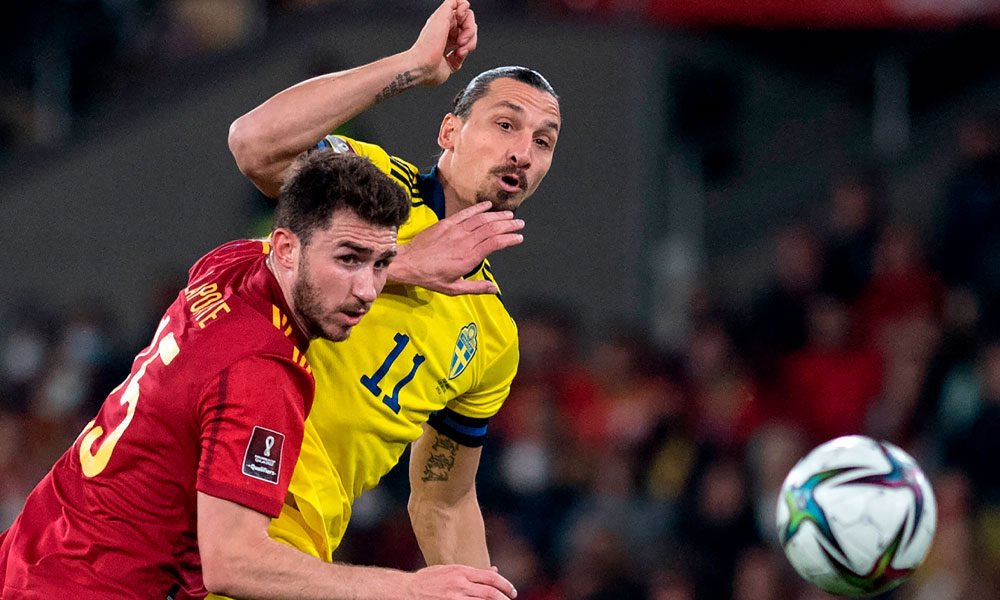 Spain beat Sweden 1-0 with a goal from Álvaro Morata, 84 minutes into a competitive match and in which nerves surfaced in some sections, and, although it was worth the draw, he managed to get a direct ticket to Qatar 2022, he will play the twelfth World Cup in a row, while the Swedes will go to the repechage.

After a first half in which Luis Enrique’s men had more of the ball, although the clearest chances were put by Sweden, with two by Emil Forsberg, Spain reacted later and, despite the fact that they suffered by not being as protagonist with the ball as Usually, he got a historic victory thanks to Morata’s goal, after picking up a shot at the crossbar by Dani Olmo, to bring the party to La Cartuja.

Spain, leader of Group B with 16 points and which was worth a draw, and Sweden, second with 15, were risking everything to one card, there were no mistakes to be in Qatar 2022 in the reissue of the match between the two of the Eurocup (0-0) on the same stage, a stadium in La Cartuja with 52,000 fans willing to take the Red on the fly, as in the big events.

Luis Enrique made six changes compared to the eleven that won 0-1 in Greece: Azpilicueta, Pau Torres and Alba in defense; Soler and Busquets – who equaled Xavi, his new coach at Barcelona, ​​as the fourth player with the most appearances for Spain (133) – with Gavi in ​​the middle; and Dani Olmo accompanying Sarabia and Raúl de Tomas upstairs.

You can also read:  Referees of the Argentina-Brazil match suspended indefinitely

His commitment to De Tomás y Soler, instead of Morata and Koke, was surprised and left Fornals and Íñigo Martínez -the starter in Athens- unclothed. Meanwhile, the Swedish coach, Jan Andersson, after the disappointing defeat in Georgia, reserved the veteran Zlatan Ibrahimovic from the beginning and opted for young and fast points: Isak and Kulusevski.

The Spanish team, with Busquets and the young Gavi at the helm, always looking for the incursions of Sarabia, Dani Olmo and the great mobility of De Tomás, came out with vigor, without speculating, as Luis Enrique advanced, and wanting to impose a very high rhythm to the game, a touch football and at the same time vertical.

He soon warned with a dangerous center from Sarabia who cleared the Scandinavian defense with some haste at 6 minutes and with a shot from the front, 3 later, also from Madrid and who just went away. Even so, Sweden, a rocky, physical, orderly and fast team at the top, began to show its best weapon: the counterattack.

Thus, after the first quarter of an hour, Forsberg won a ball in the middle and, faced with the indecision of the Spanish defense, tried Unai Simón with a cross shot that he seemed to deflect slightly. The first Swedish attempt gave way to a phase in which Spain continued to have more of the ball, but lacked clarity in danger zones.

The Spanish team tried to create superiorities, but there was no clear dominator. Even Sweden, firm behind and pressing, was growing and was about to score, in the 38th, on a Forsberg volley that almost brushed the right post of the local goal. With Spain cloudy in their football, the panorama did not change until the break.

You can also read:  A World Cup every two years would "dilute" the "jewel" of football: Ceferin

In the resumption, La Roja added more dynamism and depth to their game, with Gavi looking to hook with the ends and with Jordi Alba, above all, but he ran into a very safe Sweden behind, who, with his captain Lindelof, was a rock back and kept scaring up. He had no other choice, for only triumph served him.

Realist Alexander Isak tried, but shot high after a mistake by Azpilicueta to get the ball, and then Forsberg failed to finish off in the area, while De Tomás headed dangerously, but deflected, a corner before being replaced by Rodrigo at the stroke of the hour, when Luis Enrique put more gunpowder with Morata for Sarabia.

Andersson also moved, by putting Quaison and Svanberg for the active Forsberg and Kulusevski, and later to ‘Ibra’ for Isak, in a phase with the game increasingly open and with greater tension, nerves and uncertainty, without the control by Spain, with the danger that this entailed for their interests.

Álvaro Morata came out with force, gave more packaging to the Spanish attack and had a clear arrival on the left in which he did not manage to finish with precision, the same thing that happened to the Swedes Svanberg and Claesson already close to the last quarter of an hour, in the one that Spain tried to control more and avoid dangerous losses.

You can also read:  Miguel Russo, dismissed at Boca Juniors

Sweden pressed, especially looking for the height and experience of Ibrahimovic, but without success, while Morata, who revolutionized the Red’s attack, tried again with a shot that was stopped in two times by Robin Olsen in 84.

However, two minutes later, the Madrid striker, who was whistled at La Cartuja by the public at the European Championship in June, vindicated himself and found the prize for his insistence by achieving 1-0, after collecting an impressive whiplash from Dani Olmo to the crossbar, beat the Swedish goal and put Spain in a new World Cup.

Referee: Felix Brych (Germany). He admonished the Spanish Brais Méndez (m.91) and on the Swedish side to Krafth (m.77).

Incidents: Match of the tenth and last day of the qualifying phase for the World Cup in Qatar 2022. Full at the La Cartuja stadium, in Seville, with 51,844 spectators, including some 1,700 Swedes. EFE