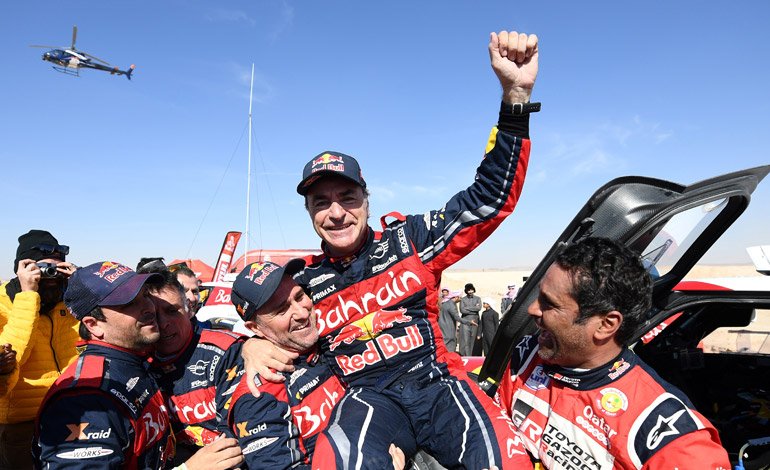 The Spanish Carlos Sainz (Mini) was proclaimed the winner of the Dakar-2020 in Saudi Arabia, his third triumph in this rally, after those achieved in 2010 and 2018, which he achieved at 57 years of age.

The veteran Spanish rider took command of the event from the third stage, and kept it ever since.

He was threatened by Al-Attiyah who was 24 seconds with three stages remaining, but Sainz took advantage of his rival’s navigation errors to gain distance again. In the last two stages the Spaniard limited himself to maintaining his advantage.

After Africa and South America, the Dakar, the world’s largest rally, has changed scenery this year to settle in Saudi Arabia, a choice that generated controversy due to the lack of human rights in this country.

The race will be held in Saudi Arabia for at least the next four years. AFP