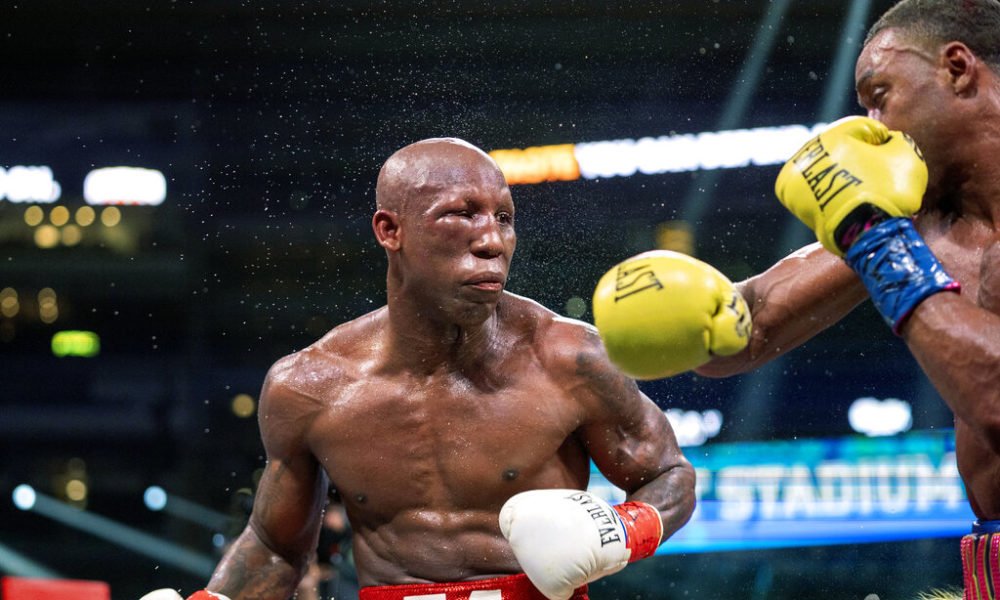 It took Errol Spence Jr. a few rounds to find his rhythm and range after a long layoff. In the end, he had donned another monarch’s belt.

The New Yorker became a three-time welterweight champion, defending his World Boxing Council and Federation (WBC and IBF) titles in a unification fight in front of a raucous cheering crowd.

Cuban Yordenis Ugás had the fight stopped in the tenth episode of Saturday night’s fight, because the World Boxing Association (WBA) champion’s right eye was practically closed by swelling.

“I think when the fight started I got a little impatient,” Spence said. “In the later rounds, when I started landing my punches, placing them and choosing them instead of just hitting hard, I was able to land him a lot and wear him down. I felt like he was cracking, because he wasn’t throwing the usual punches.”

You can also read:  Mayweather vows to die fighting McGregor

The fight was scheduled for 12 rounds, but at 1:44 of the 10th, referee Laurence Cole ordered Ugas to his corner to have a doctor look at his eye a second time. Unlike what happened two episodes before, when the fight continued, it was stopped, despite Ugás’ protests.

The 25-year-old Cuban, who fell to a 27-5 record, was removed from the venue in an ambulance to a local hospital.)

You can also read:  Márquez conditions his return to the ring to Cotto losing weight

“I kept hitting and I thought the referee would stop this earlier,” Spence said.