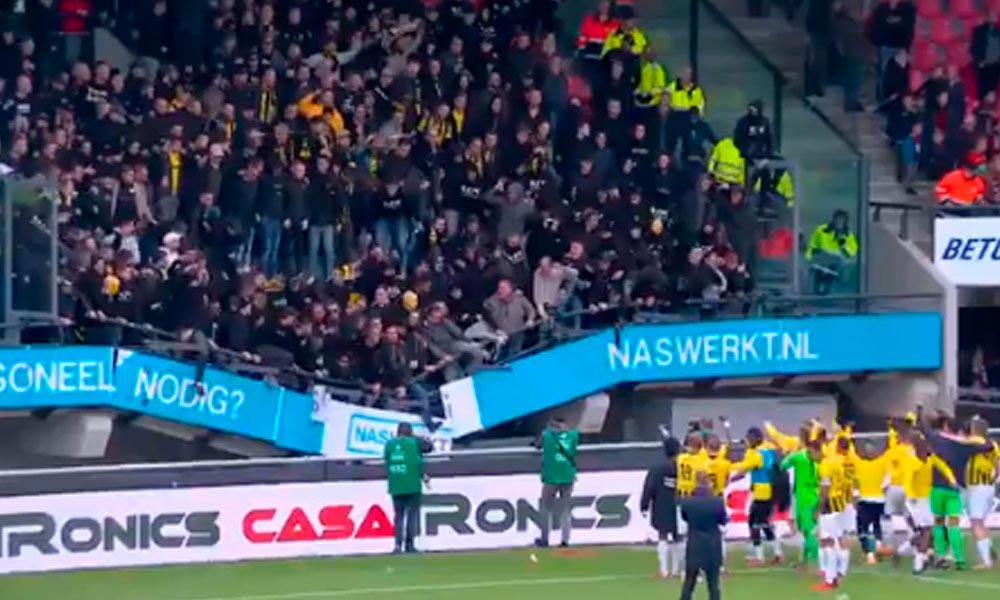 A grandstand in the stadium of the Dutch first division NEC Nijmegen collapsed as fans of the opposing team, Vitesse, celebrated the victory (0-1) in the regional derby, in an incident that resulted in no serious injuries.

The events occurred when the visiting club players celebrated their victory on the pitch by jumping in unison on one of the stadium’s backs, an action that was repeated by hundreds of supporters who piled up in the stands.

A part of the stands gave way, causing dozens of fans to fall, but a container that was just below the grandstand stopped the fall, preventing a more serious incident.

You can also read:  Di María will not play against Barcelona in the Champions League

The general director of the NEC Nijmegen, Wilco van Schaik, explained to the television network ESPN that “fortunately there are no victims” and that “it has been a miracle that nothing has happened”.

“I’ve been speechless, all kinds of things have happened to me. The container that was underneath has prevented greater evils ”, added Van Schaik to the NOS chain, in addition to announcing that the club will investigate what happened from this Monday.

The NEC Nijmegen stadium, which has been in existence since 1939, was completely renovated in the early 2000s and passed the annual inspection this year, the CEO said. EFE (HN)

You can also read:  Carlos Tevez announces that he is leaving Boca Juniors