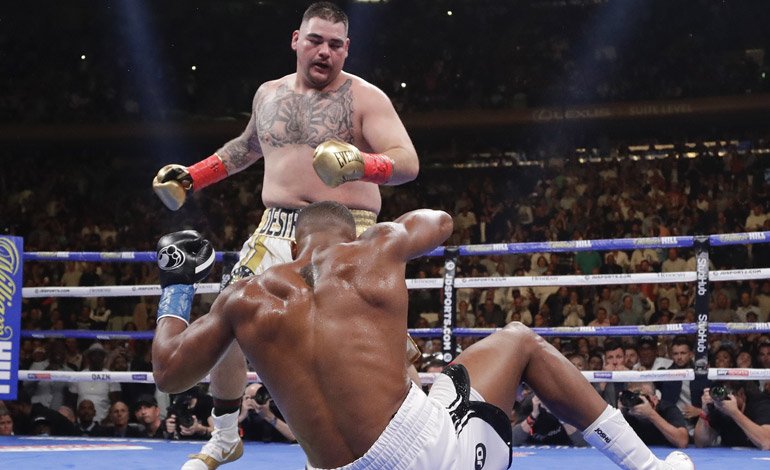 The president of the World Boxing Council, Mauricio Sulaiman, assured this Friday that Mexican Andy Ruiz will have a psychological advantage in his December 7 fight against Briton Anthony Joshua, but it remains to be seen if the months of celebrity will not affect him.

“We do not know how much the months of celebrity will affect Andy Ruiz, he spent a lot of time in public events since he won the world title, life has changed and to assume that requires maturity. It will be a complicated fight in which Andy will have a psychological advantage because he knocked him out, “Sulaiman assured EFE in an interview.

On June 1, the “Destroyer” Ruiz starred in the biggest surprise in world boxing so far this century by beating Joshua on the fast track and winning the belts of the World Boxing Association, the World Boxing Federation and the World Boxing Organization, which he will defend on December 7 in Saudi Arabia.

You can also read:  The "Phantom" does not present a favorable evolution

«It will be a complicated fight and they got to know each other well; Joshua is going to change his fighting style, “predicted the WBC hierarch.

Ruiz, with 33 wins, one by knockout, and one loss, became the first Mexican world champion in the top division in June. Fast, with punch and great mental strength, he has insisted on his intention of being world monarch for many years and winning the titles of all organizations, however before he will have to beat Joshua again, with 22 wins and a setback.

“I don’t know how much Andy lost weight as they say, I saw him chubby in training. In the celebration for his victory, he gained several kilos, but the weight is the least in Ruiz’s case because he has great speed and power. The theme will be physical preparation and mental preparation, especially Joshua, “added Sulaimán

The fight is surrounded by expectations because after losing for the first time in his life as a professional, Anthony Joshua has prepared well and will try to impose conditions with his greater reach and superiority in the long distance over an opponent 15 centimeters shorter.

Ruiz has in favor his good technique, a defense that combines with an amazing capacity for recovery and a powerful punch, with which he beat the British.

“Anything can happen, boxing is a unique sport. It may be that the fight goes by knockout or ends by decision, “he said.

Ruiz is missing a world title, that of the World Council chaired by Sulaiman, who believes that in 2020 there will be only one super heavyweight champion, after the American Leontay Wilder announced his interest in a fight to seek unification.

Wilder said so; After the fight with Tyson Fury (on February 22) he will seek unification so that there is only one champion, “said Sulaiman referring to the WBC world champion, whom he considered one of the great boxers of the highest category.

«Wilder has already proven to be a period fighter with 10 defenses, almost five years as a champion and a brutal punch. Since Tyson there was no one who could define a fight like Wilder is doing; the last two have been knockouts, spectacular, “he said.

According to Sulaiman, the upper division is having a great time because there are several category fighters, which he celebrated.

«You have Joshua, Ruiz, Fury, Dillian White. It’s a great era at heavyweight, but certainly led by Wilder. There is also the Cuban Luis Ortiz who was dominating his fight last week against Wilder; out of six he had won five against the champion, but one blow changed the fight, “he concluded.