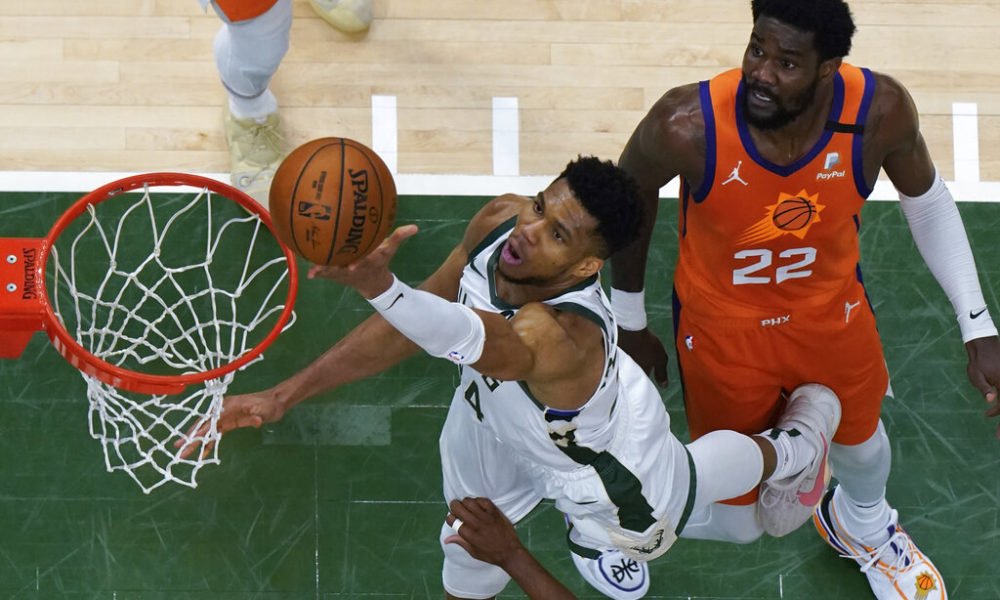 The Phoenix Suns had plans to return home with a chance to win their first NBA championship.

Now the NBA Finals, which seemed controlled by the Suns a week ago when they left Phoenix, are returning to Arizona, open to anyone.

The Milwaukee Bucks won the last two games to even the series. Game 5 is scheduled for this Saturday night.

“There are two teams left in the league playing for the NBA championship on the biggest stage, it doesn’t get better than this,” said Bucks forward Bobby Portis.

In their previous two appearances in the NBA Finals, the Suns never went more than two wins, falling within minutes of winning Wednesday in Game 4. Phoenix had a nine-point lead at the start of the fourth period and was ahead with two and a half minutes to go.

You can also read:  LeBron, Osaka and Mahome among Sports Illustrated's "Sportsmen of the Year"

It was when Middleton appeared with 10 points in a row at the end of the game to finish with 40 and Antetokoumpo blocked Deandre Ayton at the basket.

“It’s obviously a tough and emotional loss for us, but we have to move on to the next game,” Suns star Devin Booker said. “Our mentality is focused on the next game.”

The Bucks overcame a 0-2 deficit in the second round of the playoffs against Brooklyn and will now seek to be the fifth team in NBA Finals history to do so. The last to do so was Cleveland five years ago, when it rose to overtake Golden State.

You can also read:  Dwyane Wade and the reason he feels so close to the Miami Heat

First, the Bucks must show they can compete in Phoenix, where the Suns won by double digits.

Milwaukee did a much better job the next two games by not allowing the two Suns figures to warm up at the same time. The Bucks forced Booker to shoot 14-3 in Game 3 and when he woke up big with 42 points in the fourth, Chris Paul had as many turnovers as he did baskets, finishing with 10 points.

“Now we are going back home. We have to protect our home court advantage, ”Paul said.

Paul is in the NBA Finals for the first time in his 16-season career. He scored 32 and 23 points in the first two games and then has disappeared. But now he’s feeling better after playing with a right-hand ligament injury in the Western Conference finals. (AP)

You can also read:  LeBron James withdraws his threat not to play NBA games without an audience