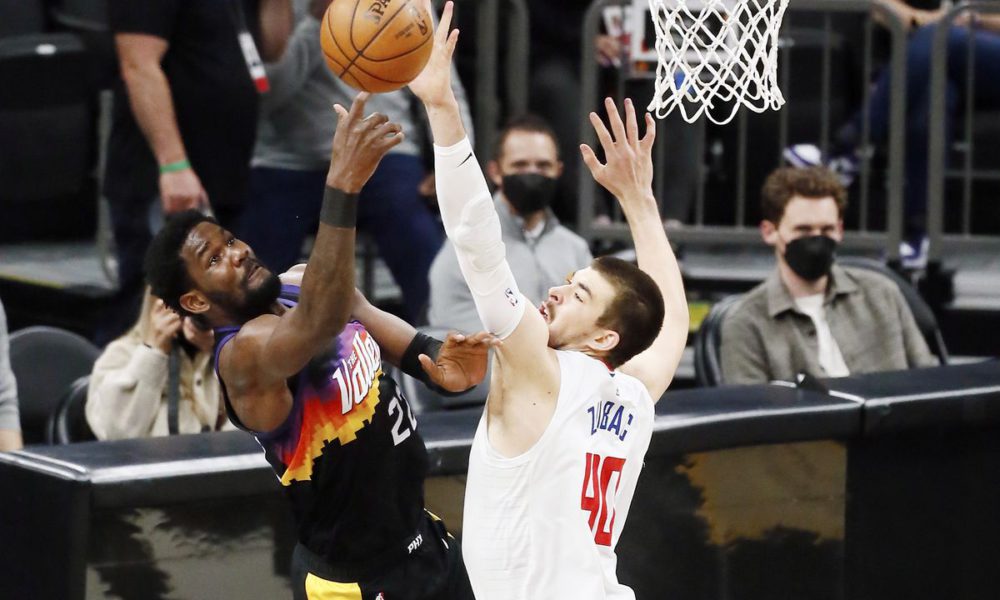 With 40 points from Devin Booker, the Phoenix Suns beat the Los Angeles Clippers 120-114 this Sunday in the first game of the NBA Western Conference final.

Devin Booker, who is shining in his early playoffs, raised his bar even further with the first triple-double of his career with 40 points, 13 rebounds and 11 assists.

The All-Star guard emerged the winner of a thrilling duel with Clippers figure Paul George, which finished with 34 points and 7 triples.

The Suns, second best team in the West regular season, took advantage of the field advantage to lead 1-0 in the series and buy time while recovering their leader, veteran Chris Paul, out of the protocols against the coronavirus.

The Clippers, for their part, came to the game just 36 hours after closing their tie against the Utah Jazz (4-2) and without their star, Kawhi Leonard, who is unknown if he will be recovered from his knee sprain for this series.

The second game of the series will be played again on Tuesday at the Suns court. (AFP)