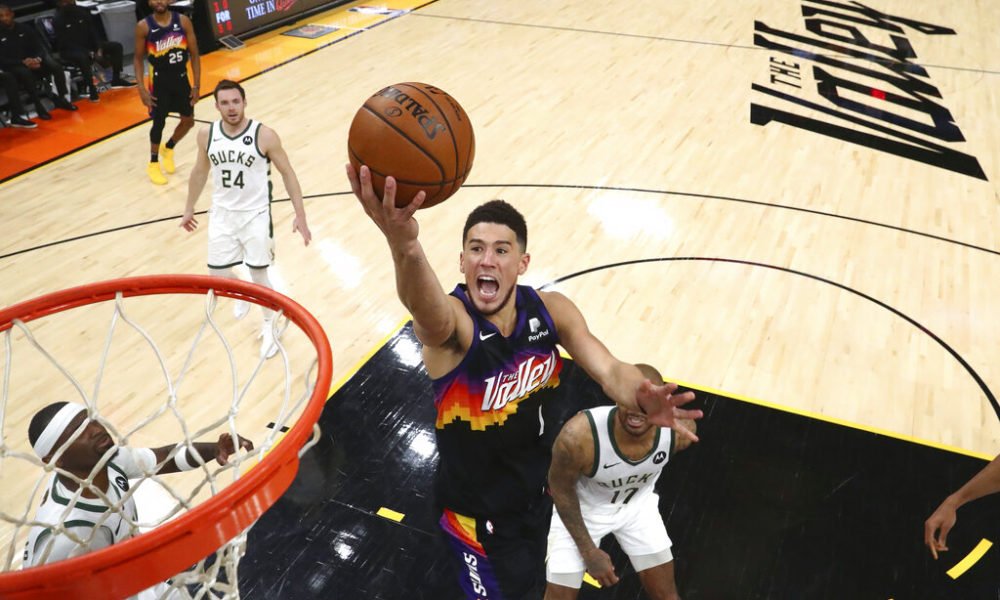 The Phoenix Suns say they don’t feel sorry for them for blowing a 2-0 lead in the NBA Finals and now being one game away from elimination.

Phoenix club is aware that it needs to achieve two victories to conquer the first league title in the team’s history.

Phoenix coach Monty Williams said Monday that the Suns are displaying the same spirit that helped them get there in their first playoffs since 2010. The Suns have lost three straight games to the Milwaukee Bucks, which they could kill. on Tuesday the finals on their own court.

“I noticed when we got on the plane that the players had the same look in their eyes,” Williams said. “When I arrived this morning for the meetings, the players were chatting and having breakfast. It was very nice to see them. Those kinds of defeats are difficult, but if you are going to do something great, you have to overcome those kinds of difficult situations.

You can also read:  Michael Jordan invests in esports

“I don’t know of any team that has won a championship by walking. So we have talked with our players about how hard the suffering is in the playoffs and the ability to recover from it. “

One big difference between Phoenix and Milwaukee is that the Bucks have been through recent postseason heartaches.

Milwaukee was the league’s first overall seed in 2019 and 2020 but did not reach the finals in either campaign.

“The message is stick together, fight every possession and take advantage of where you are now,” Crowder said.

The Suns face the unenviable task of having to win on the road in Milwaukee, where the Bucks are 9-1 postseason. The Suns have the best road record in the NBA regular season at 24-12, including a victory at Milwaukee, and are 6-4 on the road in these playoffs.

These numbers give the Suns confidence that they can bounce back, even from such a painful setback as 123-119 in Game 5.

“The next morning maybe after a loss no one in the locker room would notice that we lost a game, the fifth game at home,” Ayton said. “You know, how we walk and everyone is full of courage and energy, it’s crazy.”

You can also read:  "Will not be forgotten": Lakers honor Kobe Bryant

The Suns averaged 37 3-point attempts in the first two games of the Finals when they took a 2-0 lead. In the last three games, that average dropped to 24.3 attempts.

“I think with the team and the ability of our scorers we should make more 3s,” said Devin Booker. (AP)