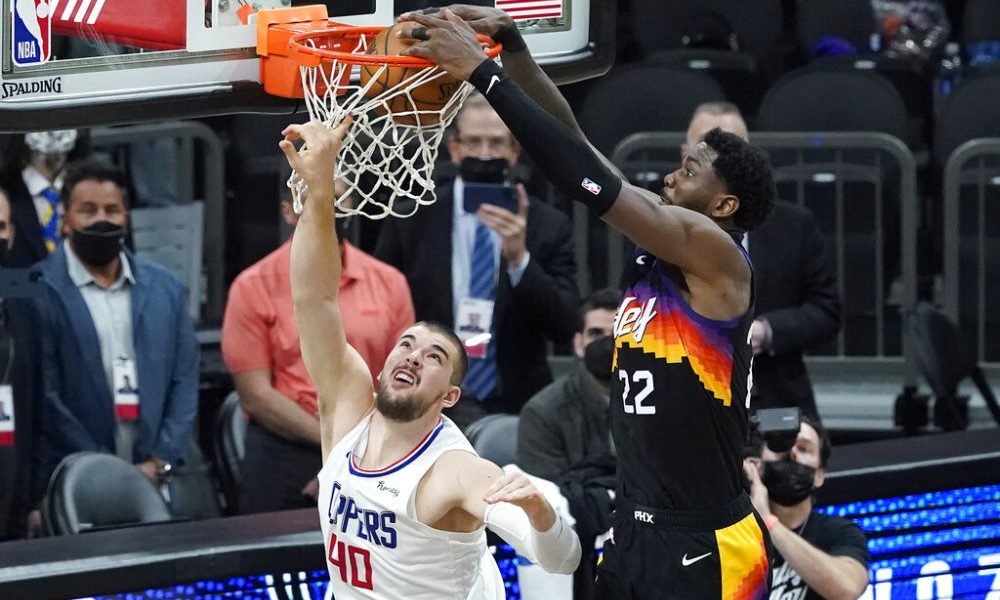 With a very good night from the canastero Cameron Payne and a decisive shot from Deandre Ayton with less than a second remaining, the Phoenix Suns beat the Los Angeles Clippers 104-103 on Tuesday to go up 2-0 in the final series of the Conference. NBA West.

Ayton received an assist from Jae Crowder almost at the sound of the horn and with a sink he gave the hard-fought victory to the ‘suns’.

Ayton, on a throw-in with just seven tenths of a second left, received the pass from Crowder, who was serving from behind the baseline.

Payne overflowed with 29 points and nine assists, escorted by his teammates Deandre Ayton with 24 points and 14 rebounds and Devin Booker with 20 cards.

You can also read:  The favorites won with the Rockets, Celtics and Cavaliers at the helm

Also featured were reservists Cameron Johnson and Croatian Dario Saric, with 11 units each coming off the bench.

Game 3 of this series, best of seven games, will be Thursday in Los Angeles.

The Suns played again without point guard Chris Paul, while in his absence Booker was somewhat limited compared to the previous game, when he featured with a triple-double of 40 points, 13 sacks and 11 assists.

For the Clippers their star Paul George wore this Tuesday with 26 points, six rebounds and six assists, followed by Reggie Jackson with 19 points and 14 goals from the Bosnian Ivica Zubac, who also finished with 11 balls recovered in the rebounding fight.

You can also read:  Spurs remain undefeated against Warriors

The Suns came into the intermission with a small 48-47 lead thanks to Payne’s drive with 16 points in that stretch.

Both teams were very limited in shooting from range, especially on triples, as the Suns made only 6 of 26, while the Clippers did so with just 13 of 34.

Phoenix, which was the second-best team in the West regular season, must now take advantage of the 2-0 lead in the series and buy time as it recovers its leader, veteran point guard Chris Paul, indefinitely due to the protocols against the coronavirus.

The Clippers, for their part, who do not count Kawhi Leonard (injury), have started the first conference final in their 51-year history with 0-2.

The team without Leonard, who was injured in the knee, has to bounce back from that heartbreaking setback and awaits the return of the star player at Staples Center for Game 3 on Thursday.

Meanwhile, on the Suns’ side, there is also optimism within the organization that Paul, who has been out at the start of the Western Conference Finals due to the League’s health and safety protocols, could return that day. in Los Angeles. (AFP)