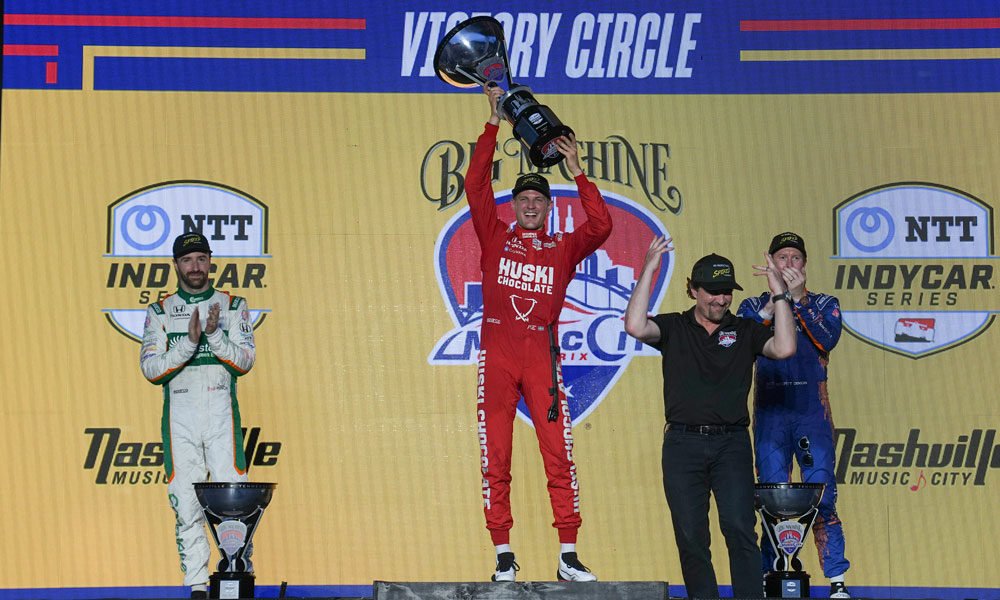 Chip Ganassi’s Marcus Ericsson of Sweden won the Nashville Grand Prix of the IndyCar Series of motorsport on Sunday.

Ericsson, whose car limped into the pits with a broken front wing after an accident on lap four, returned to action and held off his teammate New Zealander Scott Dixon by 1.5596 seconds for his second win. it’s from the season.

Ericsson and Dixon dueled in the final two laps after Colton Herta’s accident, with five laps remaining, raised the red flag for the second time in the race.

Canadian James Hinchcliffe was third with his best result of the season, with Americans Ryan Hunter-Reay and Graham Rahal completing the top five.

The outcome seemed unlikely as Ericsson flew off after he ran into Frenchman Sebastian Bourdais on a lap four restart.

“It’s unbelievable,” Ericsson said. “It just shows that in IndyCar anything can happen. You can never give up. If you have a good car and a good team, you can still win.

Ericsson had fought his way to the front amid a series of four yellow flags, and a red flag stop after a crash on lap 15.

The Spanish Alex Palou, leader of the general classification and Chip Genassi also, finished in seventh place, while the Brazilian Helio Castroneves, from Meyer-Shank, did it in ninth place.

You can also read:  Bottas deprives Hamilton of pole for G. Brittany GP

For his part, the Mexican Pato O’Ward, with Chevrolett, finished in thirteenth place, to stay in third place in the general classification.

You can also read:  Ogier leads the Monte Carlo Rally