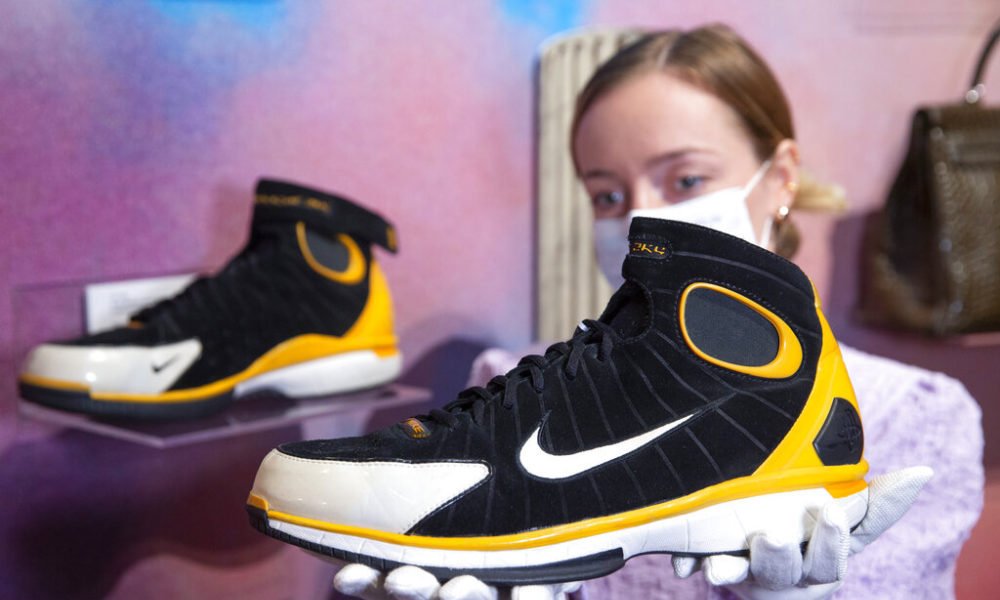 A diamond bracelet that belonged to Queen Marie Antoinette of France, a gold, silver and diamond tiara that belonged to Princess Pauline Borghese and a pair of sneakers worn by the late NBA star Kobe Bryant are among the items on display. They will be auctioned next week in Geneva.

The blue, white and gold Nike Air Zoom Huarache 2K4s are estimated to sell for about 35,000 Swiss francs ($ 38,000) at auction on November 11 at Sotheby’s. Bryant wore them on March 17, 2004, in a game in which his Lakers beat the Los Angeles Clippers, according to the auction house.

As is always the case at fall auctions in Geneva, the stars of Sotheby’s auctions and rival Christie’s will be diamonds, emeralds, sapphires, rubies and other stones.

You can also read:  Embiid singles out Simmons for disrespecting Sixers teammates

Christie’s will offer a pair of chunky 18th-century bracelets with three rows of diamonds on Tuesday. He presents them as one of the last vestiges of Marie Antoinette’s rich collection of jewels that are still for sale.

The auction house said the famous wife of King Louis XVI personally wrapped her jewels in cotton in hopes of taking them from revolutionary France, which ended up executing her by guillotine. The bracelets, commissioned from 1776, remained in the hands of the royal line for more than 200 years, according to Christie’s.

“Despite the capture of Marie Antoinette in the French Revolution and her unfortunate death in 1793, the bracelets survived and passed to her daughter, Madame Royale and later to the Duchess of Parma,” said Max Fawcett, head of the jewelry department of Christie’s, referring respectively to Maria Theresa of France, daughter of the royal couple and Princess Louise of Artois, who died in 1864.

You can also read:  Durant travels to Toronto with Warriors

“Seeing them put up for auction today is a unique opportunity for collectors around the world to own a piece of royal French history,” said Fawcett.

They are estimated to be sold for about 4 million Swiss francs ($ 4.38 million). Each weighs 97 grams and includes antique cut diamonds, silver and gold. (AP)