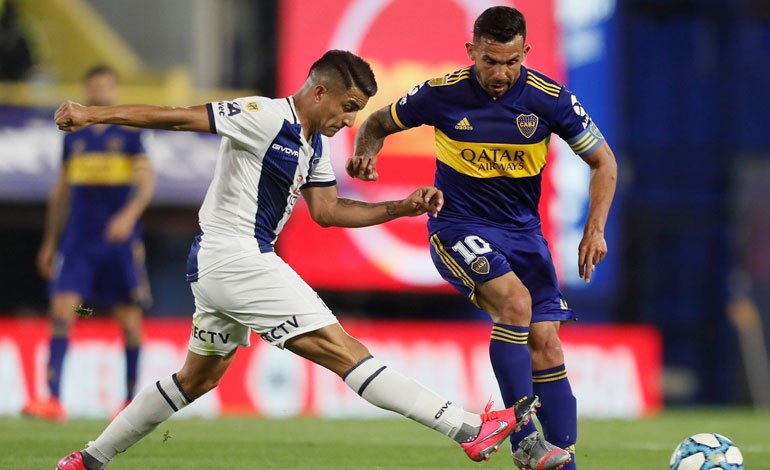 Boca Juniors left behind an undefeated 16 games by losing 1-0 at home against Talleres de Córdoba in La Bomboera for the third round of the Argentine Professional Soccer League Cup.

The ‘xeneize’, who had been preceded by two victories at the beginning of the local tournament and had not lost a game under this cycle of coach Miguel Ángel Russo, was left empty-handed with a solitary goal by Joel Soñora (87) for Talleres .

Boca finished the game with 9 due to the expulsions in stoppage time of midfielder Agustín Obando (90+2), due to lack of last resort, and defender Carlos Izquierdoz (90+3).

You can also read:  San Siro or Guisseppe Meazza begins to say goodbye

Talleres’ goal, shortly after the end, came after a very good individual play by Soñora, who paradoxically is the son of Diego Soñora, a remembered former Boca player.

With this victory, now it is Talleres who rules in Zone 4, with 7 points, ahead of Boca (6), who also seemed to feel some of the casualties of their starters called up to the teams for the South American qualifiers, among them Esteban Andrada (Argentina) and Colombians Frank Fabra, Jorman Campuzano and Edwin Cardona.

“The match we played was not bad. That’s why we were stretched when we went out to press. They meet the goal and we couldn’t come back, we didn’t have time. It is not an excuse that colleagues are missing. This shirt is too big to think about the lack of names, “accepted Carlos Tevez, captain of Boca.

You can also read:  Napoli players and coaching staff take to the field with Maradona's 10

Argentinos Juniors beat Estudiantes 1-0 as a visitor with a great goal from Damián Batallini (71), in a match that will only be remembered for being the last played by Javier Mascherano, icon of the Argentine national team, who after the defeat announced his retirement of football at the age of 36.

Defense and Justice and Independent promised an interesting match, but the emotions were scarce and everything was consumed in a bitter 0-0.

At the beginning of the day, Huracán beat Gimnasia y Esgrima 3-2 and climbed to the top of Zone 6, in which Adrián Arregui (38), Andrés Chávez (60) and Nicolás Cordero (81) scored for the ‘Globo’, while the Paraguayan Víctor Ayala (5) and Eric Ramírez (68) discounted for the eleven of La Plata. AFP (hn).

You can also read:  England and Scotland tie at pride