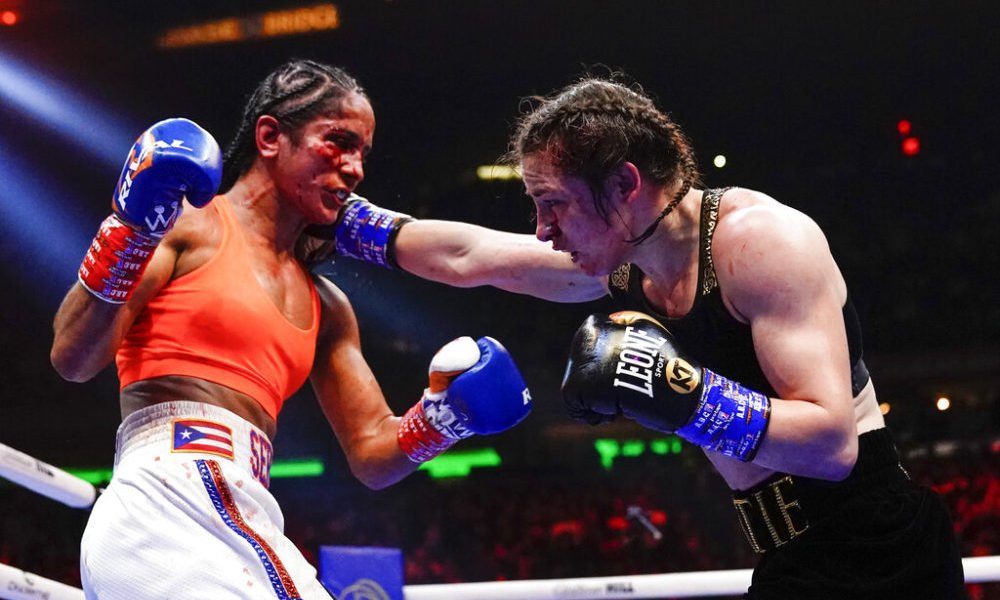 Irish Katie Taylor defeated Puerto Rican Amanda Serrano by majority decision on Saturday, retaining her world title as lightweight champion, in a fight that will go down in history as the first in which two female boxers topped the box office at the legendary Madison Square Garden of New York.

Two judges awarded the victory to Taylor (96-93 and 97-93) against only one to Serrano (96-94), at the end of a very tight fight in an electrifying atmosphere for this unprecedented confrontation.

It is Taylor’s twenty-first (21) career win in as many bouts, retaining all four of his lightweight belts. She is WBA champion since 2017, IBF since 2018 and WBC and WBO since 2019.

The outcome of the fight will likely disappoint Serrano, who appeared to be taking the ascendancy in the fifth round, showing more aggression and leaving Taylor in blood at the sound of the gong.

“He had to go looking far away” for my last resources, Taylor said after the fight. “I knew I would be on the ropes at some point. She is a phenomenal fighter, a really formidable person ».

But Taylor, a gold medalist at the 2021 Olympics, maintained quicker footwork that allowed her to make a difference by slipping punches and countering with skill, showing herself to be particularly powerful in the eighth round.

The 10th round saw them go toe-to-toe, exchanging punches in the center of the ring until the last bell rang, before embracing at the end of the bout.

Serrano thus suffers the second defeat in his career (45 fights, 42 victories, 30 by KO, one draw), despite the fact that he remained undefeated since 2012.

The fight lived up to expectations, in a full Madison Square Garden with 19,187 spectators. The two boxers gave everything, hitting each other back without ever achieving a clear advantage over their rival.

“It was an absolute war for ten rounds. I am very grateful to be in such a situation and fill Madison Square Garden,” Taylor congratulated. “We are both winners. We broke down so many barriers to get here,” he added.

“We put on a tremendous show. Katie is a great champion. She remains undefeated and uncontested. I am truly honored to share the ring with her,” Serrano stated after the fight, as discussions about a rematch began.

“Let’s do it again, Amanda,” Taylor proposed after the match. “As you wish,” Serrano replied.

Taylor’s promoter suggested that the eventual rematch take place in Ireland, where the boxer has never fought professionally. (AFP)