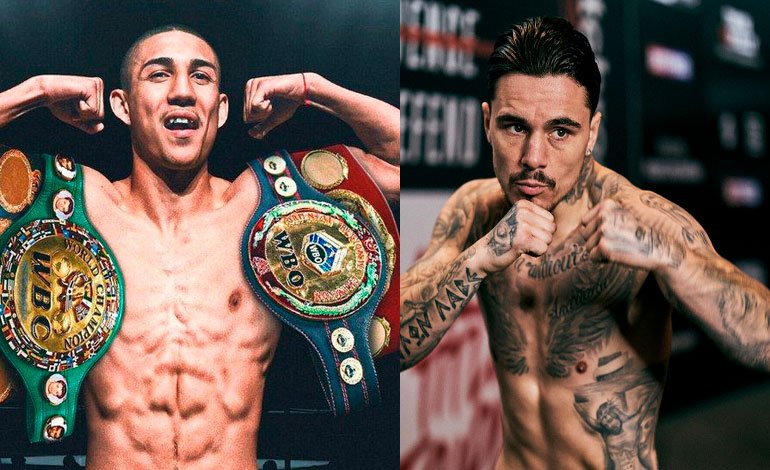 Honduran American boxer Teófimo López will defend his lightweight titles against Australian challenger George Kambosos, in a fight that will have a purse of 6 million dollars.

Lopez, who unanimously dethroned Ukrainian Vasyl Lomachenko last October unified the main lightweight world titles. Well, he was already champion of the International Boxing Federation (IBF), and with his win he seized the lightweight crowns (up to 61.2 kilos or 135 pounds) that Lomachenko owned from the World Boxing Association (WBA) and from the World Boxing Organization (WBO), will defend his achievements against the «Feroz» Kambosas.

As detailed by the organizers of the event, the prize of the 6 million contest will be distributed as follows: 65 percent for the Catracho López (3.9 million) and 35 for the Australian Kambosos (2.1 million).

You can also read:  Costa Rican Valle will receive the IBF award as the best boxer of 2021

The 23-year-old Lopez has a record of 16 wins (12 knockouts) and no losses and will face Australian Kambosas four years older than the catracho and who has held the IBF Pan Pacific lightweight title since 2017.

The “Feroz” Kambosas, accumulates in his career 19 victories, of which 10 he has won by way of chloroform and nine by determination of the judges, just as López arrives undefeated.

López’s fight will have a great particularity, it will not be broadcast by the ESPN sports network, but by the video application called Triller, who won the tender for it by offering a larger bag than the promoters Top Rank Inc and Matchroom.

You can also read:  Saunders license suspended for inappropriate comment

The duel between López and Kamposos would not be the stellar battle of the boxing evening, although it is not confirmed that it would be the co-star of the long-awaited rematch between ex-boxers Mike Tyson and Evander Holyfield.

The date of the fight is not yet defined, but it is speculated that it would be in the city of Sydney, Australia in mid-April, specifically at the Bankwest Stadium with a capacity for about 30 thousand people. The other date that the organizers handle is in May in the United States. (HN).