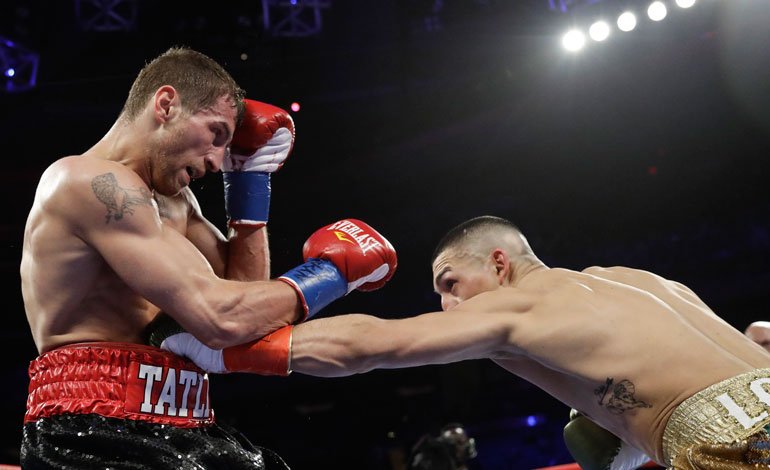 Honduran-American boxer Teófimo López added another victory to his professional career by knocking out Finnish Edis “Príncipe” Tatli in the fifth round.

The fight was held in the mythical Madison Square Garden in New York City, United States and with the win the catracho reached 13 fights without losses and 11 by chloroform.

The 21-year-old Lopez was more aggressive, faster and hit harder than his 31-year-old opponent and he couldn’t stand the intensity of the blows from some of the great prospects in the lightweight category.

The victory of the boxer born in Brooklyn, New York, but of Honduran parents, was conceived in the fifth round after a powerful forehand that hit the Finn’s liver area, who fell kneeling on the canvas and could not recover after the counting.

You can also read:  Pacquiao: "I wanted Mayweather Jr. to be in my fight"

“Thank God for the triumph, the honor and glory for him, now it’s time to train, I’ll keep working, improving to correct many mistakes and many things,” said the boxer after his victory against “Prince” Tatli, who reached three defeats in his career in 34 fights.

The contest between Teófimo López and the Finnish Edis Tatli, was the preliminary to the stellar battle between the American Terence Crawford and the English Amir Khan.

You can also read:  Margarito will be Pacquiao's rival