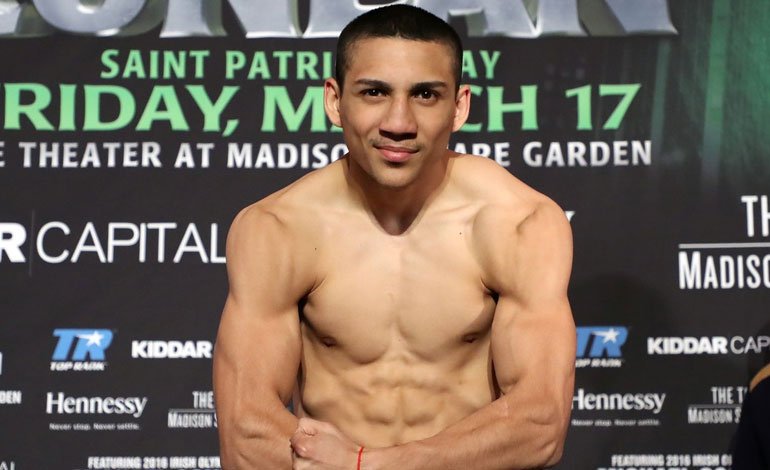 Honduran-American boxer Teófimo “El Brooklyn” López said that he is ready to maintain his triumphant path in professional boxing, in the fight that he will hold this Saturday, February 2 at the Ford Center in Frisco, Texas, United States.

The athlete will face the seasoned Diego Magdaleno, who has played 31 fights out of which 13 has won by knockout and is a born southpaw. But the catracho said that he has a different style from other boxers. “I’m ready, I prepare strong and I have eaten well,” said López, who is already in Texas.

“It is the first time that I will fight against a southpaw and I want to show that I can with anyone, because in 2019 I will hold about five fights and this year Teófimo López will be world champion.”

You can also read:  "Sicario" Aguilar to fight Costa Rica

Lopez has 11 fights won in his professional career of which he has only played 34 raunds and has a 82 percent knockout percentage; while Magdaleno has 33 fights, 201 raunds and a 39th knockout.

“I hope you support me, the preparation I have is the best and I just hope that the day will start the year with a victory and continue to improve more and more,” said the boxer.