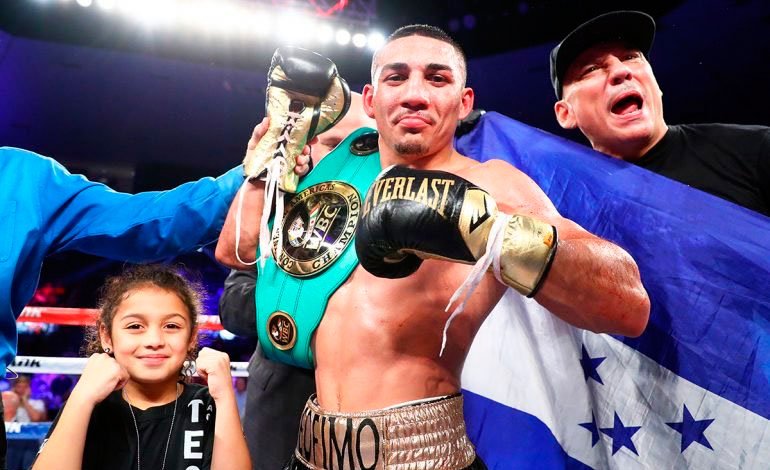 The Honduran-American boxer, Teofimo Junior López won the North American Boxing Federation (NABF) lightweight title, and he did it in a great way, by knocking out American Diego Armando Magdaleno.

The catracho boxer once again demonstrated his great speed and lethality with his fists, as he twice sent his opponent to the canvas, and in the second fall, which was in the seventh round, his rival could not get up.

With his victory, López, who represented Honduras in the last Olympic Games in Rio de Janeiro, Brazil, reached 12 wins in the same number of fights.

The remarkable thing about Téofimo López is that of his 12 triumphs, 10 have been by way of knockout and therefore he is considered a professional boxing prospect.

The contest took place in Dallas, Texas, United States and was one of the co-stars of the main event between boxers Eleider “Storm” Álvarez and Sergey “Krusher” Kovalev.

According to international media, the Honduran far exceeded what was his first litmus test in search of a world title, since his rival Diego Armando Magdaleno, 32 years old and has extensive experience in professional boxing, has played 32 fights, He has 13 knockouts and only three losses, two against world champions and the other against Lopez.