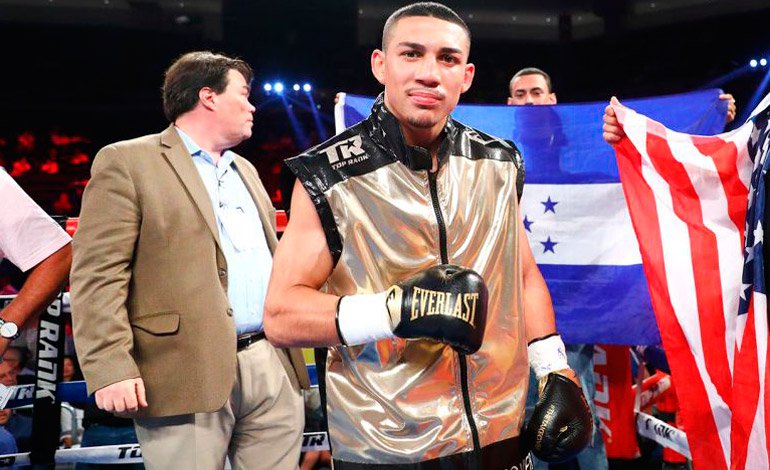 Teófimo López, father of the Honduran world boxing champion of the same name, confirmed in “Your Sports Guide” that the fight against the Ukrainian Vasyl Lomachenko will officially be in September in Las Vegas, Nevada, as confirmed by the organizers of the fight on Friday.

“The date of the fight for the departure of Lomachenko from Ukraine was in doubt, but he has the green card, that facilitated the possibility of moving in June from Moscow to the United States and making the fight, which will possibly be without an audience, due to the coronavirus pandemic, ”he explained.

It should be noted that the Honduran boxer became the first catracho world champion of any sport in history by defeating on December 14, 2019 by knocking out in the second assault the winner of Richard Commey becoming IBF champion, while now he will seek to unify the title also winning that of the World Council, World Association and the World Boxing Organization, the latter in the hands of the Ukrainian Lomachenko, his next rival.

You can also read:  Mexico City's Zócalo is transformed into a boxing arena

PREPARATION TO REMAIN A CHAMPION

The world champion catracho has been preparing for the fight for two months, but the sparring part he will do with his manager and father is missing, a few weeks before the fight: ”Lomachenko has many weaknesses, his last opponents have already shown us the way to try to defeat him and thus winning the scepter in the four divisions, as has been our goal from the beginning, we watch his videos and apply our own strategies to defeat the Ukrainian ”.

Teofimo López Sr. assured that his son’s fight against the Ukrainian Lomachenko will be in September.

The Honduran fighter barely has 15 fights won, 12 of them by knockout, but he has had a rapid rise, since just 22 years old he was already an Olympic athlete at the Rio de Janeiro Olympic Games, proudly representing Honduras, despite that he was born in Brooklyn, New York: “my son loves Honduras, we carried the world champion scepter to share with our countrymen, unfortunately the flights were canceled due to the coronavirus, but now we hope to do it after the next fight, where we hope not only to carry one but the four champion belts ”.

You can also read:  Abigail Medina wins the European Super Bantamweight Championship against a combative Parodi

FROM 3 TO 4 MILLION DOLLARS OF PROFIT:

The bag at stake has not yet been announced, but there will be a good ticket in that stellar fight for the unified world title of the 135 kilogram category against the Ukrainian Lomachenko, but the win for the Honduran world champion is estimated between three or four millions of dollars.

“The event will be paid to see it via TV, at most they will be able to allow about a thousand special spectators, such as artists or personalities who will pay a large amount to see the fight for the world title,” said the father and manager of the Honduran boxer. (GG)

You can also read:  Teofimo López and Vasyl Lomachenko would fight behind closed doors