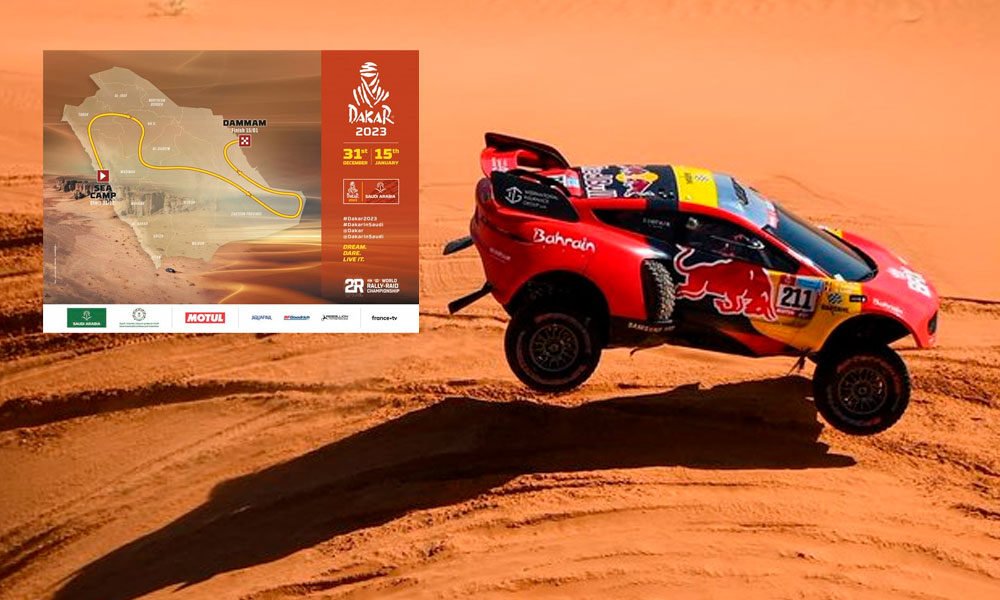 The Dakar 2023, whose registration period began, will start on December 31 for the fourth time in Saudi Arabia, and will feature 14 stages from west to east of the country, with “more dunes and kilometers,” announced the organizers of the legendary rally.

The 2023 edition will start on the edge of the Red Sea, 200 km from Jeddah, with a prologue, and the end of the test will be on January 15 in the city of Dammam, which overlooks the Persian Gulf.

Among the novelties of this 2023 edition, three stages, one of them marathon, will cross the Empty Quarter, one of the largest deserts in the world.

The 2022 edition, won by the Qatari Nasser al-Attiyah (Toyota) in cars, and by the British Sam Sunderland (KTM) in motorcycles, was marked by the explosion of a vehicle, the cause of which is officially unknown, on December 30 in Jeddah.

A French pilot, Philippe Boutron, was seriously injured by that explosion and the French justice opened an investigation for “attempted murder in connection with a terrorist company”.