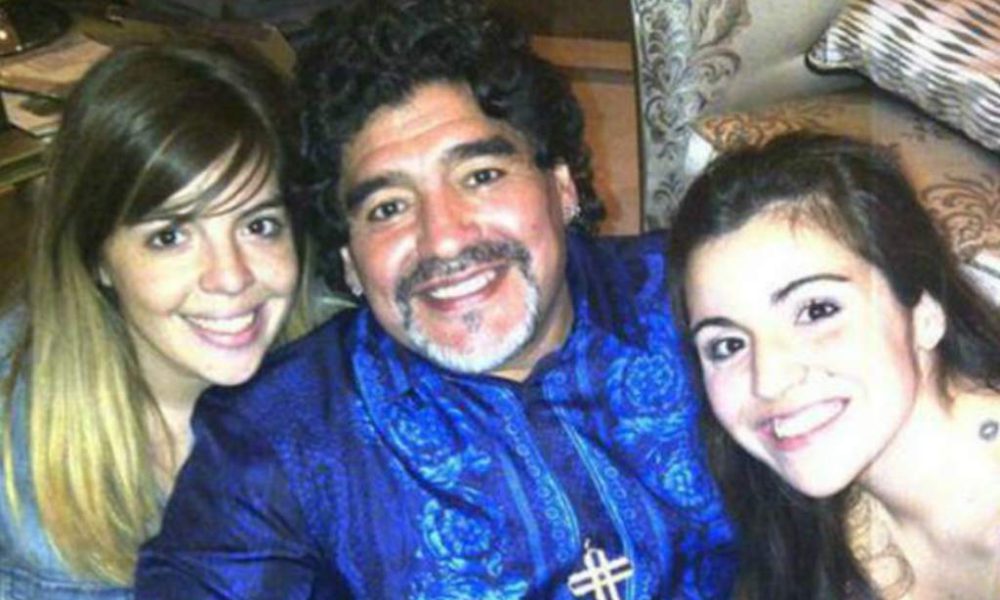 And it is difficult to say there is and it does not comply. It is still indigestible that, since the unfortunate Wednesday, November 25, 2020, nothing has remained of him but memories and emotions.

Today’s date joins the two ends of an extraordinary story. His birth, at 7:30 am on October 30, 1960 at the Lanús Polyclinic, as the fifth child (first male) of Don Diego and Doña Tota (Dalma Salvadora Franco).

And his last and painful public appearance, that afternoon on the La Plata Gymnastics and Fencing field, when he was plastered and stammering, led him to receive a plaque that the president of the AFA, Claudio Tapia and the president of the Professional League, Marcelo Tinelli, They gave him on the occasion of his 60th birthday.

Diego had never been seen worse. Still, no one imagined that the final curtain on his unrepeatable life would fall just 25 days later. But after its materiality was extinguished in that cursed noon almost a year ago, Maradona continues to be part of the life of Argentina. In good and in bad, in what is said and is silent about him, in everything that is shown and everything that is hidden, “El Diego” continues to speak.

For football fans (and especially for those who saw him lift the World Cup in Mexico ’86) he is and will be their God: the ultimate idol, the measure of all things, the manager of the greatest joys and astonishment, the unattainable and unmatched reference, the one who reached where perhaps no one else will be able to reach, the one who put the celestial and white flag on the highest pole. For this reason, this weekend’s matches of the various Afa championships will stop 10 minutes into the first half. To applaud and cheer him in another act of massive gratitude that never seems enough.

You can also read:  Diego Latorre suffered death threats after commenting on the elimination of River Plate

But for many other Argentines who do not refer so much to soccer and the great popular passions and for some scavenger sector of journalism, Maradona resonates differently: he is the portrait of a decadent, dark, sinful, vulnerable idol corroded by vices. and the addictions that dragged him into early death.

This Maradona, perhaps as real as that of the stadiums and the ball, is not allowed to rest in peace. Every now and then women, children and millions appear to him. He is surrounded by black birds, unscrupulous lawyers, the champion’s friends, those who, even after death, fight to get the last slice of his name and image. That Diego continues to live on the courts and in the television studios. Another Diego lives in the street and on the fields, the Diego of the people.

Any other celebrity would have succumbed to the inordinate weight of all the bad that was said and said about him. But Maradona endures everything that is thrown at him: his football work has been so majestic and his iconography is so powerful that he has even been able to dribble. And it is that undying glory that is being celebrated. The fans do not know or did not see what happened between four walls. And if they do know, they believe that it corresponds to an intimate sphere that only belongs to him.

You can also read:  Jiménez plays his first game with Wolves after injury

If they saw him (and we saw him) be the wizard of the ball, lift a World Cup, score a goal with his hand and dribble six Englishmen in the game of all time, play the World Cup in Italy ’90 with a busted ankle and cry bitter tears after having lost in that final with Germany. They saw him (and we saw him) emerge from the mud and poverty of Villa Fiorito and reach the highest point in the world without ever forgetting on the trip where he came from. The love for Maradona is made of all that and that material will resist victoriously the passing of the years and the slander. With the running of the almanacs, it will even become stronger, bigger and more beautiful.

Those imperfect images that every time they look at each other, generate planetary astonishment and the memories of mischief and the street spark that sprouted when he was clean and clear and not under the effect of prohibited substances or calming cocktails that even prevented him from speaking. , are part of Diego’s private album that each one of us carries within ourselves. All of this helps to mitigate the immense pain that continues to cause his death and the outrage at the way it occurred.

An hour after knowing that unfortunate news, the journalist and writer Alejandro Duchini decided that the best way to process it was to start writing. And he wrote so much that he was able to shape “My Diego, a sentimental chronicle of a dribble”, the first of several books that have appeared in recent months on the subject of “Ten”.

You can also read:  Alliance champion of the Apertura of El Salvador when thrashing the Eagle

“Diego became a background in the lives of many, and I include myself. In much of what I did, at some point Maradona was there. He is the public figure who always accompanied me: for a quilombo, a joke, a good gesture, he was always there ”, Duchini tells Mundo D.

And he adds: “That is the Maradona that I have, and I also prefer the one who gave me all the joys and with whom some who knew him tell me, that he was a great guy, who always looked for moments of tranquility, away from the cameras , to have a few mates with neighbors. And that humanizes him even more. For this reason, in my book I don’t judge it, I tell it, ”says Duchini.

Although Diego has turned off too soon, perhaps tired of having lived so much in his own way, we still need him. To speak it, to write it and even to lie about it. But never to forget it. Much bigger than football itself, a living myth of Argentina, flag, poster and mural in the streets of the country and the world, conjurer of the greatest popular joys of the last half century, inside Maradona there is room for the incombustible idol and also , the indomitable man who only abided by the law of his own wishes. Today he would be 61 years old. Your body no longer exists. But he is still alive in our things. Eternal like water and like air. (The voice)