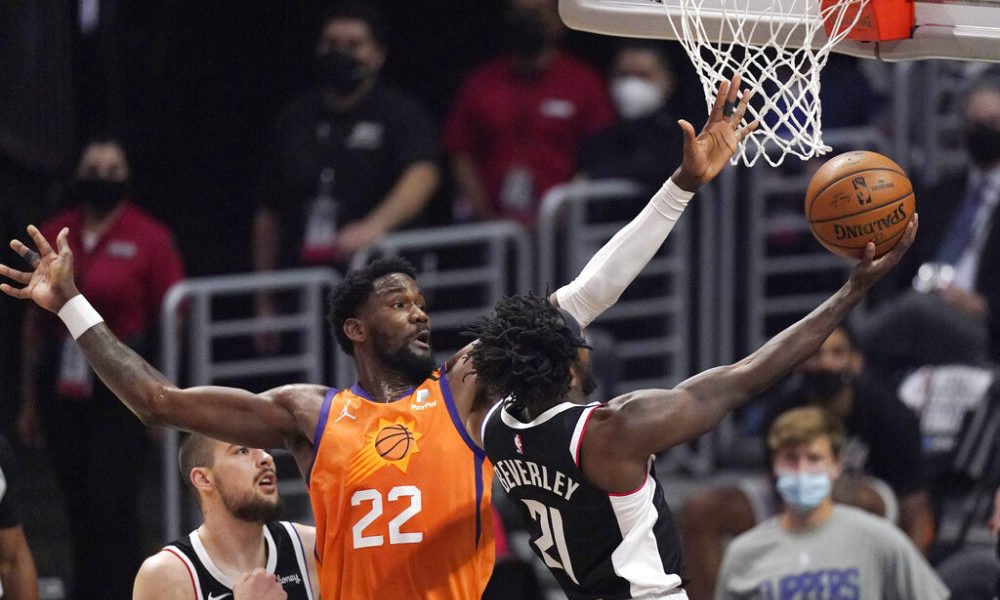 On a nightmare night for Devin Booker and Chris Paul, the Los Angeles Clippers beat the Phoenix Suns 106-92 on Thursday night and got close to 2-1 in the NBA Western conference final.

Led by Paul George, with 27 points and 15 rebounds, the Clippers achieved their first triumph in their history in a conference final without their great star, the injured Kawhi Leonard.

In passing they also prevented the Suns from taking a 3-0 lead that no franchise has ever overcome.

On the basis of defensive intensity, the Los Angeles team managed to dry up the two stars of the Suns, a team that had nine victories in a row since the first round in which they eliminated the Los Angeles Lakers, the reigning champions.

Guard Devin Booker (15 points), who played with a mask for a blow to the nose in the second game, and veteran Chris Paul (15) made just 10 shots of 40 attempts.

The Los Angeles team was already the only one in history to come back from two 2-0 deficits in the same playoffs (against Mavericks and Jazz) and Thursday’s victory allows them to dream of a third “miracle.”

You can also read:  Marijuana will no longer be illegal in baseball and opioid trials begin

“I don’t like it,” coach Ty Lue said of the 2-0 deficit. “But we have been a resilient team all season.”

The Los Angeles team will try to equalize the series on Saturday again at the Staples Center in Los Angeles, where it is unknown if they can count on Kawhi Leonard, who suffers a knee sprain.

The Suns, on the other hand, already have Chris Paul back after 11 days out of the protocols against the coronavirus.

The 36-year-old point guard was greeted with boos on the court where he played six seasons in the Clippers uniform (2011-17), a time of light but also very painful shadows in the playoffs.

To turn the tide of the tie, Ty Lue made several adjustments on defense, placing fierce defender Patrick Beverley on Devin Booker.

With very aggressive markings, the Clippers managed to dry off Booker and Paul, the two stars of the Suns, who did not score a single point between them in the first quarter.

The Suns had to rely on center DeAndre Ayton and forward Jae Crowder, architects of the decisive basket in the second game, who added 14 of the team’s first 17 points.

You can also read:  Warriors survive and extend Final against Raptors

The Clippers took advantage of the Suns’ lack of accuracy in the first quarter (37% from the field goal) to take a 29-21 lead, the most they had enjoyed so far in the entire series.

With Booker visibly uncomfortable in the mask, the Suns were still very erratic on pitch but the Clippers had a hard time taking advantage of that opportunity to distance themselves on the scoreboard.

With Kawhi Leonard following the game with his family in a box, the Los Angeles team has only one other great offensive talent, Paul George, who continues to pull the car on the track determined to reach his first Finals.

Reggie Jackson, with 23 points, and Croatian center Ivica Zubac, with 15 points and 16 rebounds, assisted Paul in the Los Angeles attack on Thursday.

By the middle of the second quarter, the Suns were back on top thanks to a streak from backup Cam Johnson and came into the break with a two-point lead (48-46).

You can also read:  Unique NBA record predicted LeBron James will break in 2021-22

With the water up to their necks, the Clippers came out of the locker room determined to secure their first win and chained a 25-8 run that gave them room for maneuver for the final stretch.

Young Terance Mann, a standout hero against the Jazz with 39 points in the last game, appeared to score 10 points in the third quarter that uncorked an offensive barrage from the Clippers.

In defense, the Los Angeles team just unhinged Booker, who had a run-in with Beverley that led to double technique and a step down the bench, and Chris Paul, who also sat down after a strong protest to the referees.

A spectacular triple from midfield by Paul George on the horn of the third quarter gave the Clippers the green light for a strong acceleration to reach an 18-point lead (89-71).

Although the Suns came within six points, neither Booker nor Paul could overcome their disastrous night and the Clippers ended up feasting on their morale-building crowd for Game 4 on Saturday. (AFP)