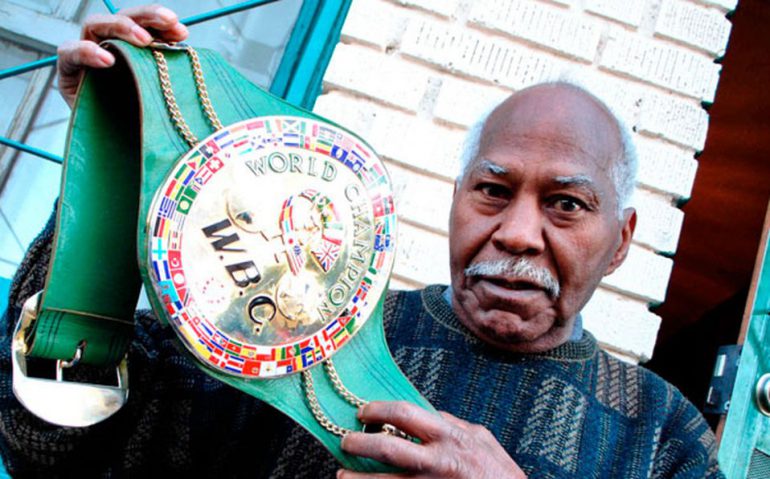 Cuban-Mexican boxer José Ángel ‘Mantequilla’ Napoles died this Friday in Mexico City at the age of 79 as a result of numerous complications.

Mauricio Sulaimán, president of the World Boxing Council, reported the death of the great fighter, born in Santiago de Cuba on April 13, 1940 and who moved to Mexico at age 21 due to the rumor that the Cuban revolution was going to ban the professional boxing as it happened after

“My great idol left me, I already had some ailments in recent times and well, now the legend of ‘Mantequilla’ begins so that the generations who did not see him fight,” wrote Sulaiman on his Twitter account.

Elusive, fast and with good technique, Naples had a great punch; As a welterweight professional, he won 81 fights, 54 fast-track, with seven losses and 15 world title defenses.

You can also read:  South African boxer Simiso Buthelezi who 'fighted in the air' dies

Praised by the legendary ‘Sugar’ Ray Robinson, the fighter was a ring artist, who won his first WBA and WBC world titles in April 1969 by defeating American Curtis Cokes by knockout, whom he beat in the rematch fight.

One of the emblematic moments of the career of the ‘Mantequilla’, who earned his nickname for his ability to slip away from rivals, was in February 1974, when he agreed to fight in the middleweights with Argentine Carlos Monzón.

That fight, which was won by the South American, a natural middleweight who fought with all the advantages, was witnessed by the actor Alain Delon and served as the setting for the great writer Julio Cortázar to write one of his best stories about sports.

You can also read:  Tyson Fury: "I hope someone comes and kills me before I kill myself"

«It was as if Mantequilla understood that his only chance was in the punch, boxing Monzón would not serve him as it had always served him, his wonderful speed found like a hole, a torso that turned and left, while the champion arrived one, twice to the face, “wrote the author of” Hopscotch, “one of the greatest storytellers in Spanish-language literature.

Naples suffered its last years badly. He squandered his money and died in poverty, plagued by diabetes, sphincter problems, pulmonary emphysema and senile dementia, among other ailments.

Three years ago the writer Carlos Barrón dedicated a chronicle to him in his book: “Compensation Time” and there he revealed some of the little stories of a man who fulfilled to the letter the phrase of the artist Chavela Vargas, born in Costa Rica and that she was called Mexican because “Mexicans are born where we want to.”

You can also read:  Golovkin retains his middleweight title

In his chronicle, Barrón tells that ‘Mantequilla’ was a black panty that paralyzed any place where it entered. Restaurants and squares were delighted in cuddling towards him.

«His favorite place was the Hippodrome of the Americas; He would arrive without warning with tight money pants, the folded bills could be seen from a distance. He was a bad gambler and a worst loser, “said the Mexican author in his chronicle. EFE